You are here: Home / DIY Video Editor Blog / The Friday Roundup – YouTube Shuts Out Gamer Videos and the Return of Bolex 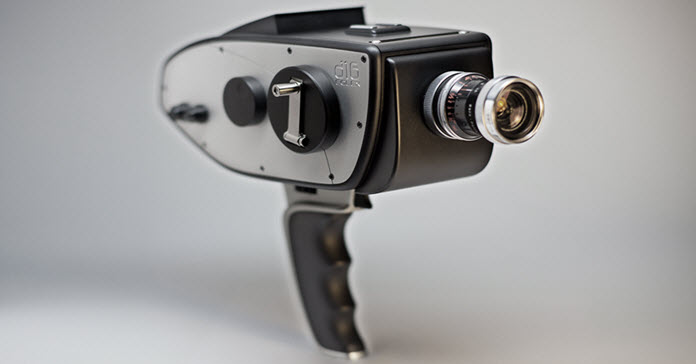 I was recently asked a question on a forum… or somewhere, I forget now, regarding a notice the person had received from YouTube regarding a few of their videos.

Previously approved videos were now being reconsidered by YouTube on the basis of possible copyright problems and until the reconsideration process was finished the videos were not eligible for monetization through display advertising.

It turns out the situation is not quite as simple as it seems and that part of the problem is the internal YouTube Content ID system.

What seems to be happening is that the ID system is detecting audio that it has assigned copyright to another property even though both users have permission to re-use it.

It is also detecting, especially in gamer videos that the original footage is owned by the software maker and even though the software maker has no objection to its re-use the system is still flagging those videos as possible copyright violations.

If you have had content on YouTube flagged in this manner take a look at the article linked below for a full explanation of the situation.

4K is a term that most of us have probably been hearing for a while now and it seems that it will be something that is definitely on all our horizons.

As is the case with most new developments in the world of video the seemingly simple “4K” resolution implies one single file type that is supposed to further improve out viewing experience.

Of course that not the truth of the situation and as usual the “simple” 4K is not exactly what it seems to be.

So far… and note, I have said so far, 4K can be broken into 3 main categories each different depending on the final viewing.

4K Ultra HD for UHDTV, 4K Film for high resolution cinema projection and 4K Streaming Video for services such as YouTube and Vimeo.

Return of the Bolex

A lot of old home movies tend to have a certain “look” about them and perhaps we all think it is due to the film being used at the time.

Perhaps to some degree that’s true but another factor was that many of those movies were shot on one kind of 16mm camera.

The Bolex was the preferred tool of many a home movie Dad of the day sporting the very latest in spring loaded motors (yes, you read that right!) and had a three lens swivel mounted turret at the front to adjust for different conditions.

For some reason some guys have decided to re-launch the Bolex in digital form.

Most weeks on the Friday Roundup I end up including at least one type of lighting tutorial.

I try to push this point not because I think most of you will actually be “setting up” your lighting to get footage.

The truth is that most of us are trapped in “point and shoot” mode for the majority of the time we are using our camcorders etc.

What I do know is that by reading and absorbing the reasons for certain lighting setups my ability to quickly re-position myself to get a better shot had improved enormously over the years.

For example, if the available light is coming from a single source it is going to make my subject or overall shot look a certain way.

I also know that if I change the angle from which I am shooting the effect of that single light source will also change.

In that way I can improve (usually) the quality of the shot and ultimately give myself an easier job in editing.

LED lights are an inexpensive (relatively) way to add professional lighting to your video projects. Of course nothing these days is simple and LED lights do have certain quirks that you need to watch out for.

The big news this year in the development of consumer level video editing software has been the addition of pro level color correction and color grading.

Until recently most of the top editors had at least some kind of color manipulation feature but this was usually in the form of an add-on or some kind of filter arrangement.

To be honest I think most people may have played a little with them and then ran away screaming at the horror of trying to do anything effective with them.

This year CyberLink introduced a completely separate module for dealing with color as a separate product that integrates with PowerDirector 12 or is sold as a package with their Director Suite product.

Magix Movie Edit Pro have re-worked their offering and Corel VideoStudio did a deal with BorisFX to provide access to the full Boris range of controls.

Whilst its all very well have these awesome tools at your fingertips they are all rather useless unless you have a good idea of what you are supposed to be doing with them and how to do it.

The real problem with both grading and correcting is that it is very easy to totally forget where you started and lose all perspective on whether what you have done is better or worse than the original! (maybe that’s just me!)

Anyway in light of that the link below goes to a good article on the subject and clears up a lot of the strange terminology used.

More and more people are watching your videos on mobile devices these days and this is not a trend that is likely to change in the near future.

Given that watching video on a mobile device is an entirely different experience, it introduces a new set of considerations for the creation of video.