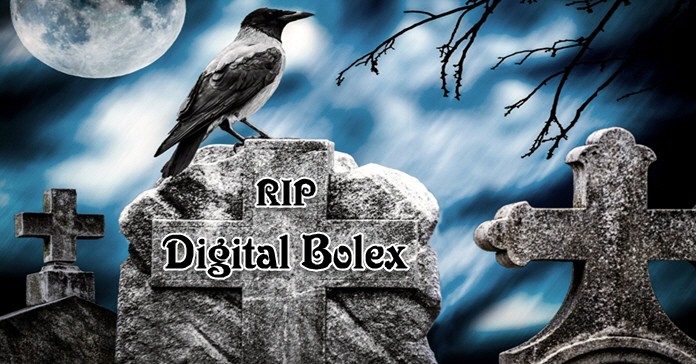 The End of the Digital Bolex

Sad news this week on the camera front with Bolex announcing the end of their production of the Digital Bolex camera they released a while back.

The original Bolex cameras were 16mm film cameras that were much loved by those who used them.

The reason for that was that they represented a logical step up for would be filmmakers that afforded almost cinema quality images on film stock that didn’t instantaneously empty your pockets.

There are many big time Hollywood directors who cut their teeth on a Bolex.

Eventually those film versions were discontinued and everyone figured that was the end for the Bolex.

However a few years back it was resurrected through a crowdfunding campaign aimed at producing a digital version of the original cameras.

That resulted very quickly in the production of the Digital Bolex and again the camera found a small and enthusiastic group of users.

Unfortunately for a number of technical and economic reasons that little experiment has come to a close and it highlights just how hard it is in the tech field to come up with a new and interesting concept.

I never used a Bolex and I probably never would have but to me the sad part of this is that the Bolex is another project that came from an almost total dedication to quality and to provide the things that filmmakers really wanted in a camera.

It wasn’t the product of a technical team working with a marketing team inside the strict economic confines of a publicly traded company.

It was a pure love story and it’s always sad to see something like that come to an end.

How to Edit Faster

In both the Free Guide to Video Editing you can get on this site and in the Editing Tips section I mention one particular trick to get you editing lifted out of the sometime painfully tedious task it often is.

That tip is to learn to use the keyboard shortcuts all video editors have rather than constantly pointing and clicking using your mouse.

One of the first things you are going to notice about your editing is that although you are sitting there making all sorts of fabulous creative decisions, what you are really doing is repeating the same steps over and over.

By “steps” I mean the same actions using the mouse and the interface.

Pretty soon you will notice that there are a set of very basic steps you repeat far more often than others.

It is these actions that are best handled by a keyboard shortcut and in fact if you check out your own video editor you may find they are already set up.

The main difficulty with using the keyboard is that before it gets better, it gets worse!

When you first start editing it doesn’t take very long before you begin to commit many actions to memory and they become sort of second nature regardless of whether they are efficient or not.

Any attempt to change those patterns can get a little frustrating because for a time you will automatically go for the old way, have to stop yourself and go to the new way.

It really is worth the time to get these shortcuts set because in the long run you will save so much time by using them.

Up until now I have generally advised people to learn the existing shortcuts your program has by default and add any as you go along.

However in the video below the Frugal Filmmaker outlines what I think to be a very smart way of setting up shortcuts based on one position for the left hand and using the right hand for the mouse as most of us already do.

Check it out and see if it makes sense to you.

Just bear in mind that any change to you set up will always feel totally uncomfortable and totally counter-intuitive at the beginning but of you stick with it I think it will work for you.

With the introduction of a wide range of video devices that can capture quite remarkable high definition footage there is perhaps one little “hobby” you may be interested in.

Just about everyone these days has access to some kind of video recording device that captures in high definition.

That pretty much puts everyone into the position of being able to sell their footage online.

There has always been a market for stock footage even going back to the early days of cinema.

In those days the studios had teams going out all the time taking stock footage of various things to be later used in either newsreel footage or the b-grade serials and fluff pieces played before the main feature at the cinema.

Then with the introduction of TV this expanded until finally today we have numerous ways in which video is being produced, distributed and watched.

All the while the market for stock footage has increased.

So in light of that, why aren’t you selling stock footage!

Check out the link below to see if this might be an interesting second income stream you may be interested in.

One of the confusions many people have with shooting slow motion video is that in order to get a good result you really have to shoot faster and not slower!

However if you want to display that footage in slow motion you run into big problems because now you are somehow trying to get those 25 frames per second to last longer than a second.

The resulting “stretching out” of the existing video information generally results in significant degradation of the image.

The real way to shoot slow motion is to shoot at very high frames rates so that when the footage is slowed down there is an abundance of video information available to both the editing and playback software.

That’s how cameras like the GoPro can manage to capture amazing slow motion footage in high definition.

They simply use extremely high frames rates for shooting.

Once you have wrapped your head around that concept the next step is to understand what inherent problems there are in shooting at those high frame rates.

Considerations regarding lighting and other more “photographic” things come into play.

So to get yourself up to speed on shooting for slow motion check out the video below for some great starting tips.

I am including a link to the article below this week even though It is kind of out of the realms of beginning video shooting.

The title itself is pretty accurate however the information contained within it it can be read a little differently.

Basically it is a tutorial on shooting video for products but in truth it is actually a tutorial on how to shoot video of objects.

I know that early on in my path to shooting and editing video there came a time when I needed some footage of an object (a camcorder actually) and it took me forever to work out how to make that thing look good.

I wasn’t trying to promote the product or anything like that but what I soon discovered was that just placing it on a table and shooting it didn’t get particularly good results.

In fact the thing looked terrible!

It wasn’t until I got the lighting sorted out that I managed to get footage that was usable.