You are here: Home / DIY Video Editor Blog / The Friday Roundup – All Quiet on the Western Front Edition 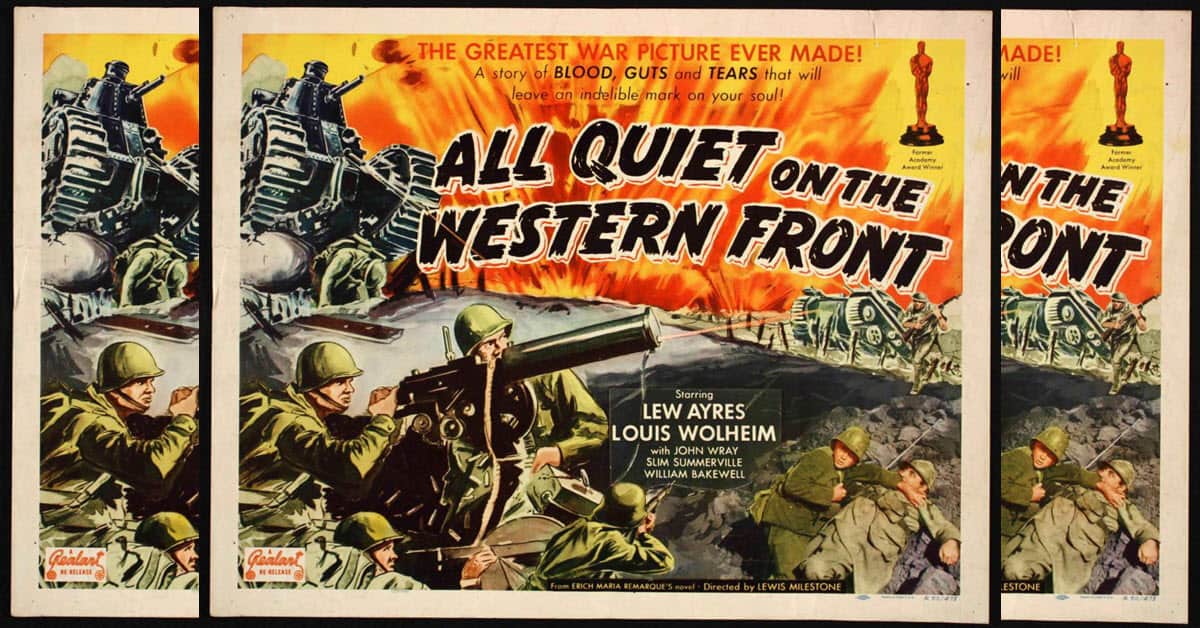 So. No, this isn’t a post about the movie, it’s a reference to the lack of things I have to write about, just so you know from the outset

Once again I find myself dribbling on about nothing in a painfully obvious attempt to somehow pad this weeks post out to the point where it appears there is something here when in fact, there isn’t much at all!

So that’s two paragraphs I have managed to get out and clearly this is another one so in the hopes that no-one will really notice that’s three paragraphs of total rubbish let’s get into what did happen!

Well there’s a headline I never thought I would be writing and you would think it was a good thing that you are about to hear about right?

Well yes and no.

So the fact that they have now changed their terms so that you can have multiple Channels for one Google account is a good thing… BUT!

It really makes you wonder what they were doing with that restriction in the first place.

Not sure if ungodlier (ungodlyer?) is really a word but hey, it’s my site and I can make up words any time I like!

Anyhoo back to the stupidity. You see Google is an indexing machine. It goes out on to the internet, gathers information about what it finds, brings it back and creates an index of the internet.

When you do a search on Google you are not searching the internet, you are searching their index, same goes for all search engines.

Anyway, in light of that you would wonder why a search company like Google would enforce a restriction on YouTube users in the first place that actually forces them to create channels that are counter-intuitive to the formation of an orderly index.

How many times have you checked a video, thought the creator was interesting, went to their channel and instead of finding more of the same you found a bunch of unrelated videos?

The reason for that was the assumption that a person making a cooking video would for all time, keep making cooking videos and no other!

That’s just silly, so they fixed it.

Just don’t think for a moment they fixed it for you.

They fixed it for themselves so that the users would begin to arrange their content logically and reduce the headache they had caused by forcing the user to add totally unrelated videos to their lone channels.

This is a lighting tutorial worth taking a look at even if you don’t use pro lighting in any way. Just having a good idea about how light works in a shot can raise the standard of what you are trying to achieve remarkably.

Two Good Ones from Magix

First up is number 6 in their series of posts demonstrating various features within their pro software, Magix Video Pro X. In this week’s installment we get into the green screen capabilities of the program.

If you take a look at 90% of the videos you see on YouTube and you will notice they are pretty bad or at least pretty ordinary.

Most of the time it is not the shooting that makes them that way because we are all prepared to accept they are amateur efforts.

Similarly it’s not the editing or even the subject matter (well not always!) that make them bad… it’s the audio. The problem is we are not “looking” at the audio, we are looking at the screen and often come to the conclusion that what we are seeing is bad.

The truth is that in many cases it is the audio that is making us feel what we are seeing is bad and for that reason it is vital to get your audio under control.

Sitting with friends and family while they show you hundreds of snapshots of their last holiday or significant life/family event can often make sticking a fork into your own eye seem like an attractive proposition.

Don’t BE that person! Don’t DO that to the people you love! Be nice and make a pleasant EDITED slide show instead… and offer refreshments!

OK this one is all about nothing but HEY! I told you at the beginning this was a dry week!

This is a good article with links to some very imaginative videos that may provide you will a little inspiration to go out there and do something similar.