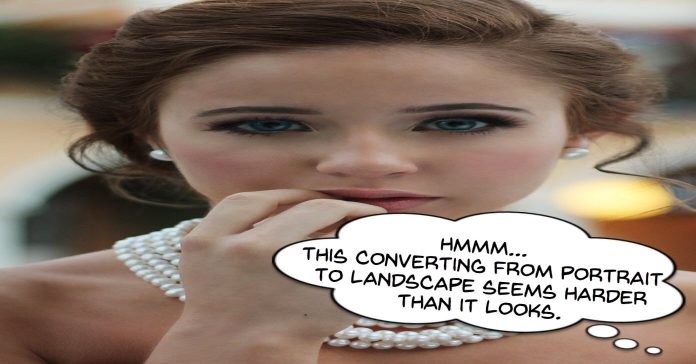 Aaand we are back!

So last week I set out with all good intentions to issue the usual Friday Roundup.

Unfortunately this was all in the face of the impending Chinese New Year break that occurs here in Taiwan where I am located.

Probably up until last Tuesday I was looking to be pretty much on track but by Thursday it had all gone to hell in a basket resulting in me utterly failing to get it together.

So this week it is a bit of a bumper editing with two weeks worth of video editing and shooting news to be cover.

So without further ado or pathetic excuses here we go!

Pro Editing Techniques That Anyone Can Use

Tom Antos is a professional video makers who I generally follow quite closely as he also has the advantage of being a pretty good teacher as well.

I don’t always include his content in the Friday Roundup because in all reality and as a pro, he tends to go well above the average video maker’s head most of the time!

He does however occasionally come up with something that is easily understood and can be applied to just about any kind of project and it is those posts that I keep an eye out for.

This week he he posted an excellent video that contains a lot of great information because what he is actually showing is his own home movie.

So the video below covers exactly how a professional video maker would go about the task of making a home movie and it provides a wealth of relevant and easily applicable information for anyone.

Transitions You Need to Start Using

If you have read my weekly posts at all over the past few years you would be well aware of my absolute disdain for pre-packaged transitions.

The ones I am talking about are those hundreds of transitions that most modern video editing programs come with.

Whilst they all looked very impressive in the marketing materials that probably led you to making that purchase, they definitely don’t look quite so impressive once you add them to a project!

There is probably nothing that screams amateur longer or louder than a project that uses those types of transitions!

Believe me, you are never going to see any of them in your local cinema.

So, the reality is that a transition is simple a way of getting from one shot to the next in a way that makes sense and does not distract the viewer.

That’s why the king of transitions is no transition at all.

It is just a simple cut from one shot to the next.

However not all transition are necessarily bad, in fact they can go a long way towards making any project look professional and well presented.

Check the video below for some of them more popular ones that are being used today and just how easy it is to create them.

How To Convert Portrait Video to Landscape!

These days there are a number of scenarios regarding shooting portrait or landscape that ultimately depend on where or how you are intending to distribute your videos.

Portrait works for Instagram but totally does not look good on YouTube so if you want to cover both bases you are going to have to change the original to suit one of them.

Cropping video comes with it’s own set of restrictions and often if you don’t get it right the end result is not worth uploading anyway.

So in the video below a few pointers are covered for when you need to crop or at least change the resolution of your videos to suit your distribution method.

Simple DIY Tips and Tricks for Filming Yourself

Easily one of the most successful ways of creating videos particularly for online content is by appearing in front of the camera.

At the same time easily one of the most nerve wracking exercises you can engage in when it comes to online videos is… appearing in front of the camera.

Some people seem to find it rather easy but most definitely do not!

On top of that the often used setup for shots like this make the person look like they are about to die at any moment and this combined with the deer in the headlights look on their faces makes for uncomfortable viewing!

Well I can’t really add too much here as far as appearing relaxed on camera goes other than you just have to practice.

But I can point out one thing that is easier to control.

One of the main reasons a lot of videos with the presenter on camera looks so bad is that generally they are shooting straight on in a normally lit room.

This inevitably leads to either a flat washed out look or a dark uncomfortable look.

Either way no-one is getting helped here.

Now the go to advice for all of this is to set up a three point lighting system and all your problems will go away and yes, there are many tutorials on the internet showing what this is.

However in practical terms not many of them really go into details about how to do it correctly and what the effect is that each light or setup gives.

So in light of that (see what I did there!) check the video below that goes through some lighting tips if you are videoing yourself but more importantly, goes thought the entire setup step by step actually showing how each light changes what you see on camera.

So right smack dab in the middle of Chinese New Year (well for me anyway!) Corel announced the release of VideoStudio 2018.

I am not sure if this is going to be the version naming protocol from now on given that previously we were at version 10.5 so I guess we’ll see how that pans out.

As far as the release itself goes this one doesn’t look to be a major re-work of the program or mark the introduction of some huge new feature set.

They have added a few things like a new lens correction tool, handy these days for action cam footage, a separate split screen editor which they have ported over from their sister program Pinnacle plus a few other bits and pieces.

Anyway given that where I am it is Chinese New Year I’ll probably be getting to a full review some time next week.

In the meantime for your viewing please here is a cheesy new promotional video from Corel extolling the myriad virtues of VideoStudio 2018.

Best Camera for Video & Photo? Sony A6500 vs A7sii Comparison

I don’t really post too much about cameras and equipment on this site because it is just too much work trying to keep up with it all.

And let’s face it, my inherent laziness prevents me from doing otherwise.

However I did come across this side by side comparison of a couple of Sony cams and whilst it does do a good job of that it also highlights a great many salient points you should consider when looking at cams.

This video although titled as a time lapse tutorial is not really that. It is more a down and dirty way of simulating a time lapse when you haven’t actually set up a time lapse shooting sequence by just speeding up the existing footage.

This is a pretty simple run through of using the Crop and Resize feature is PowerDirector and the lesson within it apply to just about any video editing software program.

In fact most of the controls are the same as well.

The one thing to keep in mind when using this feature is that whenever you crop and resize in a way that means you are going to stretch out or expand the image.

As a result, after cropping you will lose resolution unless you are working with over sized images or videos.

You Can Make the World Stretch and Squish

The subject of focal lengths, focal distances and distortions as a result of these things is just a total minefield of information to anyone just starting out.

Cameras with interchangeable lenses are quite accessible these days and although that’s a good thing on the face of it it does introduce the wonderful world of lenses and all that comes with it!

So if you are delving into this subject and want a (relatively) easy introduction then check the video below to at least get you started.

How To Shoot Product Videos

Although the title of this video is How to Shoot Product Videos it is a little misleading.

I think it would tend to make the average person pass it by given that they are probably not shooting product videos! However the real title of it should be how to shoot videos of objects properly.

Very often a well placed shot of an object can really add an extra dimension to any video you are making.

The problem is that because it is not an animated thing, the shot has to be done right.

If not all it tends to add is a moment when the viewer thinks to themselves, “What the hell was that all about?”