You are here: Home / DIY Video Editor Blog / The Friday Roundup – Color Grading in Resolve and a Little Pinnacle Glitch 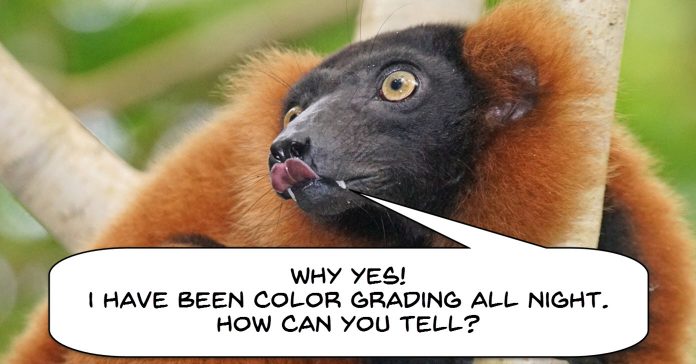 There have been a few reports lately of a a particular problem involving Pinnacle Studio and 4K video.

The problem itself is that a small number of users have reported that when they output a 4K video project to a new file there is a tiny green line appearing at the bottom of the screen.

The simple fix for this is to go into Setup – Control Panel – Export and Preview – Hardware Acceleration and switch the Type to None.

There are three choices there and you will most often fine that Pinnacle has defaulted to CUDA so it is simply a matter of changing it to None and you will probably be good to go.

However this can have some effect on the overall performance of the program during editing so it is probably best to understand how this is happening.

For most video editing software companies especially at the consumer level one of their biggest tasks is trying to play catch up with the development of new technologies by others.

When the video industry in general comes up with some new video codec or some new standard of video they rarely if at all consult with the editing companies on it.

As a result the new technology pretty well never has anything in it to address the problems presented in the process of editing.

It is all generally from a capture and playback point of view.

H.265, AVCHD and now 4K standards are great examples of this.

So the editing software companies are often presented with a fait accompli in this regard and have to as best they can… catch up.

The problem in Pinnacle with 4K is most likely stemming from the sheer amount of data and processing necessary to deal with these files.

It’s not that they are necessarily big files and in fact that’s the whole appeal, 4K quality in manageable file sizes.

The problem is that they are big “incomplete” files because the compression being used has literally thrown away enormous amount of data in the process.

So when you are editing or rendering these files the resources needed to recompile the files is enormous and very often is the main cause of crashes, freezes or in this case, strange green lines at the bottom of the screen.

The best way to approach something like this is to try to find the best balance for your particular system.

Pinnacle defaults to CUDA because generally speaking that makes the most sense.

It tries to use any available processing power offered by the video card to perform the things it needs to do.

However in the case of getting green lines obviously there is something somewhere (who knows what!) that is causing this generally acceptable setting to fail.

By switching None as described above you will suffer probably a slight slowdown in rendering times (but handle the problem) and you will also find the editing interface slows down as well.

You can try the “Intel” setting if you want or you can do what I do which is this.

When I am dealing with a 4K project I leave the setting on CUDA.

Once I have done all my editing and my next step is to render, I then go in and change the Hardware Acceleration to None.

I don’t think it would come as any surprise to anyone trying to get a little traction on YouTube that it has become very difficult to stand out from the crowd and garner interest.

Whilst it may seem an impossible task at times the reality is that by adopting the basic best practices you can get somewhere but just don’t expect to become an overnight sensation!

Everyone seems to focus on that one guy or that one video that went viral and rocketed the user to immediate stardom.

Nothing could be further from the truth.

Yes, there are those examples but if you really take a look at successful YouTubers almost none of them have ever had a video that one could say went “viral.”

What they all have in common are consistently good content and meticulous attention to the little details of how to set up and optimise their channels.

After that it is simply a matter of lather, rinse and repeat over and over again.

One of those “little details” is the thumbnails you use when you upload a video.

Back in the dark ages YouTube just grabbed the first frame of the video it figured was the beginning and displayed that as the thumbnail.

These days you can grab a frame from the video or upload a custom thumbnail yourself.

Either way it is vital that the thumbnail conveys something relevant about the contents of the video and at the same time catches the eye of the user.

Check out the article below for a complete explanation.

This is the third in a series of seven proposed video by UglyMcGregor covering the use of DaVinci Resolve.

Although Resolve itself started life as a color grading software recent developments in that area have forced them to begin morphing the program into a fully fledged video editor.

It always had very rudimentary editing features but these were strictly from the point of view that the user was going to be doing the bulk of editing in another program, exporting to resolve for grading then exporting back to the original software for the final edit.

With many of those other editor beginning to introduce their own color grading modules Resolve has had to redevelop itself as a stand alone editor.

There is a free version that is available and and although as I said it is fully armed, it is very complicated to learn.

Over the past few weeks I have been sharing a series of YouTube videos by Ugly McGregor on the subject of color grading and editing with DaVinci Resolve.

I get a lot of requests on this site for the best free video editing software and generally speaking I don’t recommend anything.

The reasons for this are many but the bottom line is that none of the freebies are particularly good or offer anything beyond what you can get with iMovie or Windows Movie Maker so I don’t really see the point.

The other problem with free programs is that they rely heavily on volunteer time to keep them updated and running smoothly.

Whilst I am sure many of these projects start off with good intentions it usually isn’t very long befor the enthusiasm begins to wane!

There is is one free editor that I would recommend if I had to and I do so because I know it will be supported and will remain so well into the future.

That program is DaVinci Resolve.

However in supporting that software I have to warn anyone wanting to use it that it is not an easy program to learn how to use.

It comes from a fully professional background so if you are en expert in using Resolve, it is awesome!

If you are not an expert, it is a nightmare!

So in an effort to ease the pain for anyone wanting to give it a go I have started a DaVinci Resolve Playlist on YouTube that gives you some basic tutorials on getting up to pace with Resolve strictly as a video editor without going too much into the color correction capabilities.

The first video to watch after you have downloaded the software would be the one below and then work your way up the list.