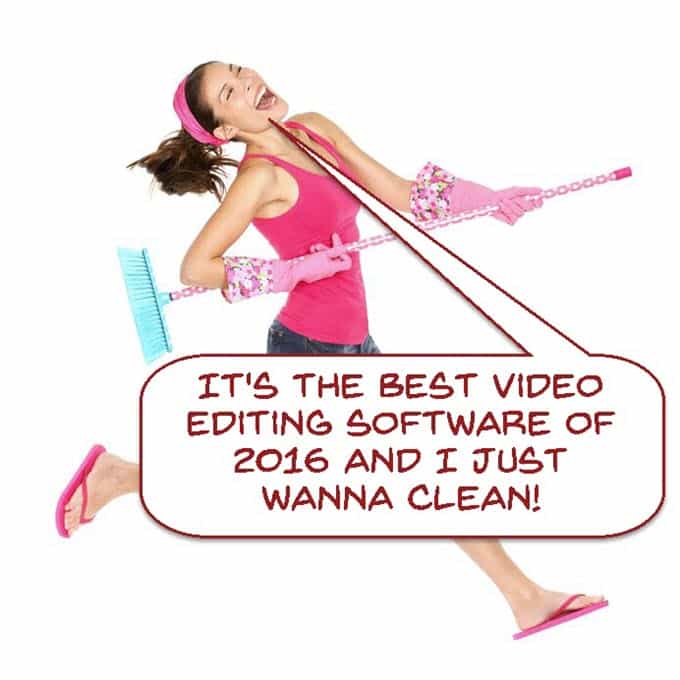 Now that 2016 is upon us I guess it’s time to do a roundup of where we stand in the world of video editing software choices for this year.

By now most of the major software companies have released the versions they will be going with for the rest of the year and my choices below should hold true until around March in the case of Corel products and then August for the rest.

Of course if any of them do a surprise update I will edit this post to reflect whether or not the update changes anything in the rankings.

The whole point of this site is to keep the selection of the right software for you as simple and uncluttered as possible so you can go with what you see below or, click through the provided links to get a more in depth report on each one.

The big moves last year were driven by the fact that the top video editing software products have reached a sort of “critical mass” in terms of features, raising the question of how they were going to continue development without sacrificing ease of use and design simplicity.

Each of the top brands tackled the problem in their own way with some being more successful than others.

It is important to note that today’s video editor aimed at the home user market is definitely yesterday’s “prosumer” video editor and right now almost all of the consumer level editors are knocking firmly on the professional level door.

So here we go with the top video editing software for 2016, the top Windows based programs are at the top of the page and other more specialized editors are further down. 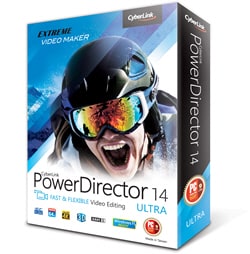 I think we are coming up to about six years now that the CyberLink product has been my number one choice for editing software at the consumer level and PowerDirector continues to lead the field in all areas.

It is still the most efficient in terms of harnessing and organizing all available processing power on the average home computer which ultimately leads to a smooth editing experience.

It is the fastest in dealing with modern highly compressed video formats and they have re-worked the rendering engine again to keep it at the head of the field.

In terms of features it offers just about everything anyone could possibly want from a video editor and I am hard pressed to think of anything they haven’t included.

The core program, PowerDirector 14 comes in a few versions designed to suit your needs and the selection process is pretty easy to understand.

The big news for them this year has been the addition of a number of advanced features which instead of being crammed into the existing program, have been spun out into separate modules.

These include such things as Color Correction, Color Grading and Audio Editing and some video filters and effects.

By doing this each user can determine just how simple or advanced he or she would like to get by offering core functionality within the program itself with the choice of advanced functionality located in a separate but integrated module.

On top of this they introduced a new product line called Director Suite which offers almost professional features by adding the full extra module set to the core PowerDirector 14 program in one package. 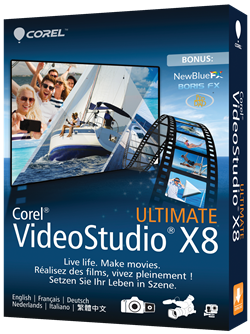 Back again at number two with this latest release and update, VideoStudio Pro X8 has further consolidated its position by improving their processing speed and intelligently adding useful new features.

Just like the CyberLink product Corel were also faced with the problem of adding new developments yet at the same time not compromising the interface and ultimately making it unusable!

Corel’s solution differed from the rest and really goes to show there truly is more than one way to skin a cat.

Instead of internally developing the feature set or even adding more features, Corel took existing modules that were already being sourced from other specialist companies such as Boris FX and simply upgraded to the full versions.

I personally think this was a very smart move on Corel’s part because it meant they could enormously enhance what they were offering to the end user by simply turning to the experts in the field.

It’s a great example of saving time and money and passing on the benefit to the consumer. Why re-invent the wheel when you can go to the experts and just get a better wheel!

VideoStudio Pro has certainly had its up and downs over the years but over the past four years Corel have turned the product into an excellent video editor with a great feature set that would serve the average enthusiast very well.

With this release they are only being held out of the number one position by Cyberlink’s slightly better rendering performance times. 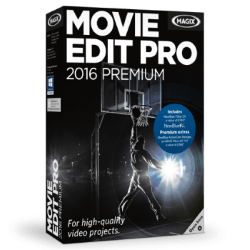 Movie Edit Pro has always offered an incredible array of features and functionality to the user and a few years back easily represented the biggest bang for your buck at the consumer end of the market.

Magix were always streets ahead of the competition in this area and just about everything you could ever wish for in an editor was included in the program as well as a bunch of stuff you probably never thought of.

On the flipside they have always had two major problems holding them back:

Their drive towards adding such a wide range of features outstripped their development of the core program resulting in often buggy installations on many computers.

Their European base meant that their English online support presence in the form of tutorial sites and forums was pretty weak.

The good news is that for the past four or so years they have stopped madly adding features and embarked upon a concentrated effort to get the software running right and address the lack of English support.

This has resulted in Movie Edit Pro 2015 being able to deliver what it has promised all along backed up by great Help documentation both within the program and online.

To be honest there is little that separates Magix Movie Edit Pro 2016 from the Corel product and if I was pushed I would probably have to admit it’s just a personal preference based on nothing in particular!

There are a couple of other products that do not necessarily fall into the same categories as the ones above so I’ll list them here.

Easily my choice here and has always been is ScreenFlow from the Telestream company.

The program began its life as a screen capture program and has subsequently evolved into a fully fledged video editor with the same ease of use and elegant design you would expect from Mac based products.

If I had a Mac then there is no doubt in my mind that this would be the program I would use.

It somehow finds that perfect balance between having all the features you really need and none of the garbage that gets added onto software for no other reason than to entice you into a sale.

A bunch of my friends use video on a daily basis for various professional purposes and every one of them have abandoned their more complex “pro” applications and gone with ScreenFlow because it just does what it is supposed to do.

I have added a new product this year to the easy editing lineup and for me this category really only comes down to two that I feel comfortable with.

The nature of this category, keeping it simple, means that there really is no driving need to keep updating and upgrading the products so the two I recommend are stable and quite reliable. 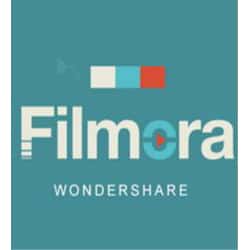 This is a newcomer to my site but not necessarily a newcomer to the market having been around under another name for quite a few years.

Someone from the company finally convinced me to take a look at it this year and I was very pleasantly surprised.

It is a full video editing suite with many of the features that most people would need, the main difference being the exclusion of a whole bunch of things the average user would not really use.

It has a very easy to understand interface that borrows much from the Mac world of software design so is very easy to learn and understand quickly and importantly comes in a Mac and a PC version.

Easily my top choice for a simple yet effective video editing program. 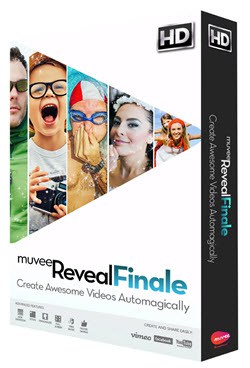 If you really don’t want to get too much into the whole editing process then really, muvee Reveal X is pretty much the answer to your prayers.

It is a semi-automatic solution to the editing process and left to its own devices can put together a more than presentable home movie all by itself.

It is extremely easy to use and comes with the ability for you to step in and override each aspect of the process,

If you want to customize or correct any part of the overall project you can step in and make use of the great editing tool set, then let it continue on it’s merry way.

About 6 or 7 years ago there used to be a category of video editor that fell somewhere between the absolute top end editors such as Final Cut Pro or Avid and the enthusiast software you mostly see on this site.

Then suddenly most of those products simply disappeared.

This most likely happened due to on one hand appealing to a small market and on the other hand the costs involved in keeping up with the development of the programs and the field of video in general.

In the meantime what has happened is that the development of the consumer level editors has continued and the drive to make them better has lifted some up into the “prosumer” market without that actually being the intention.

So if your intention is to take your editing up to the next level you may want to take a look at these ones. 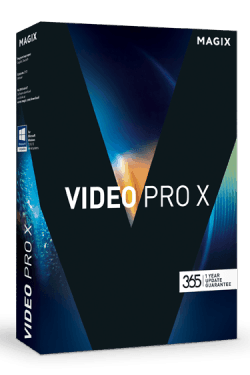 At about $400 Video Pro X is a fully fledged pro editing suite offering all the knobs and buttons and bells and whistles just like the big boys.

It is a fully developed and mature piece of software that can match the other professional programs feature for feature.

The program can handle everything from simple home use all the way up to broadcast quality input and output files and can be customized for editing across multiple monitors.

The program simply offers too much to summarize here but it is well worth taking a look at. 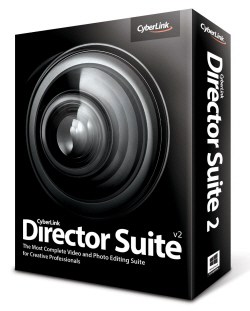 Cyberlink have lifted their core video editing program PowerDirector up into at least the “prosumer” league by adding some pretty powerful features that you would usually only find in a pro product.

Director Suite 3 consists of the top end version of PowerDirector as the base platform for the suite.

Added to that are three modules which although are separate from the base program, are fully integrated into the workflow.

The three modules are:

Each module can be opened individually to work on files or, part of a project you are working on in PowerDirector can be instantly sent to the relevant module, adjustments made and re-imported seamlessly from within PowerDirector.

This has definitely taken CyberLink into the prosumer level if not the pro level. 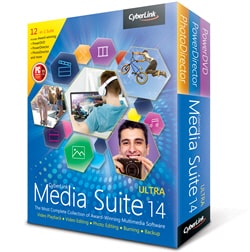 Even though there are quite a few contenders for this category each year, its the usual suspects once again for 2015!

They all offer a reasonable video editing solution bundled with the entire package but it still remains valid that if you are looking at something like this then it is vital that you have a need for ALL the functions they offer and not just editing videos.

The three top multimedia solutions are offered by Roxio, CyberLink and Nero.

Of the three my recommendation if you are looking at video editing as being an important point would be Cyberlink Media Suite.