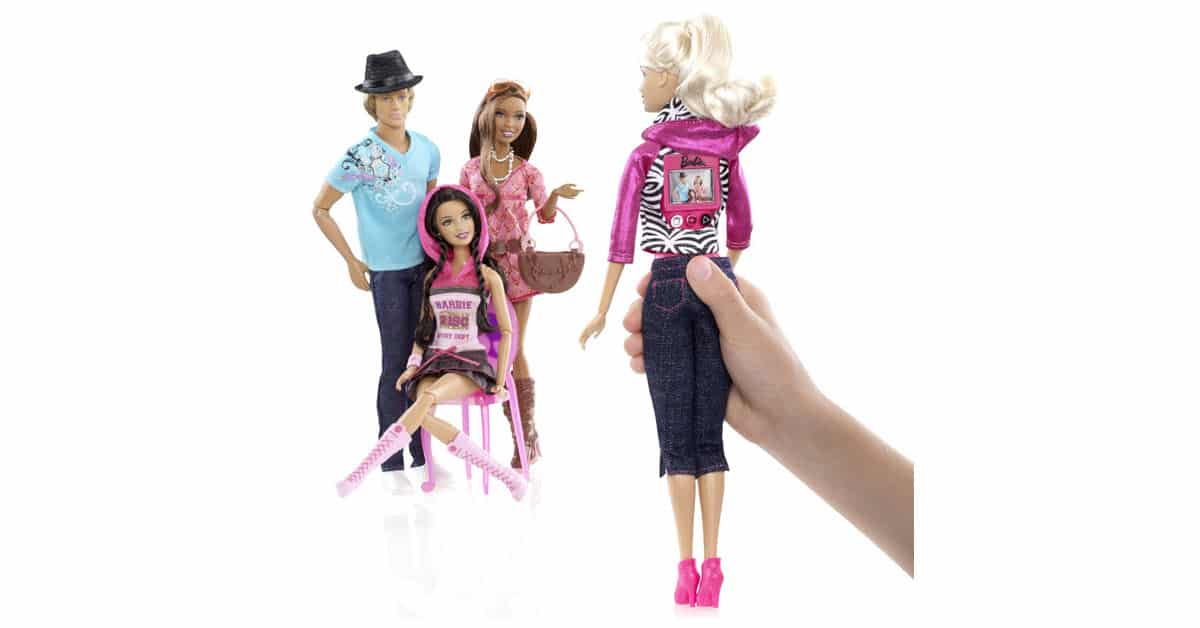 Probably a little light on stuff this week due to the Christmas / Holiday period but still enough goodies to keep us on our toes!

One of the great clichés of video and photography for that matter is “it;s not the camera, it’s the operator.”

Now you can take these things to extremes and lose the real point of the exercise which is to stop searching for that elusive better “gadget” that will make you look like a genius.

Instead, start honing your skills and firing up your imagination!

Well is this case maybe they did take it to an extreme. A pro videographer was set a challenge to make a video using “less than stellar” equipment.

In fact what he was given was a Barbie Cam! The results are pretty interesting.

You know that annoying habit that electronics and software manufacturers have of including videos or demonstrations of their product in action that make us feel like idiots?

No matter what you do you never seem to be able to replicate what they say you can achieve with the product?

Well GoPro are one such company!

Their YouTube Channel is chock full of footage that the average person in NEVER going to get.

However there are things that you can learn and do to lift your productions out of the mud by intelligently looking at what they are doing and applying it correctly. This article takes one aspect of a GoPro video, breaks it down and shows how to extract the relevant information without feeling like a loser!

These guys have taken YouTube blogging and video creation to the point of being able to “give up the day job’ and go full time.

Although there is no surefire set of rules for creating a successful channel on YouTube or having your video go viral there are certain points that are common to both.

The video interview is well worth taking a look at if you are thinking of getting into video as a full time occupation within the new space for such content.

No, they are not going to give you a formula but the interview is full of tips and observations about what factors you need to get into place to at least get yourself in the running.

As amateur video makers we are often caught shart in the footage department by circumstances beyond our control.

There are times when despite your best efforts, capturing every moment of that family outing in all it’s messy glory proves to be harder than you thought!

Very often in situations like that you may have access to still images of the event or whatever it was you were trying to get.

Still images incorporated into a movie project at the lowest level can be a way to make up for you lack of footage.

However with a little thought and inspiration those still images can do so much more and can in fact become the key which holds the entire project together.

How to Create an Effective Web Video

This is a great “behind the scenes” video and full rundown on creating an effective web video.

Although the guys at webpresenters.com approach this from a strictly commercial viewpoint the lessons in the video and in the notes are applicable to just about any situation.