You are here: Home / DIY Video Editor Blog / The Friday Roundup – Color Matching and Pixar in a Box 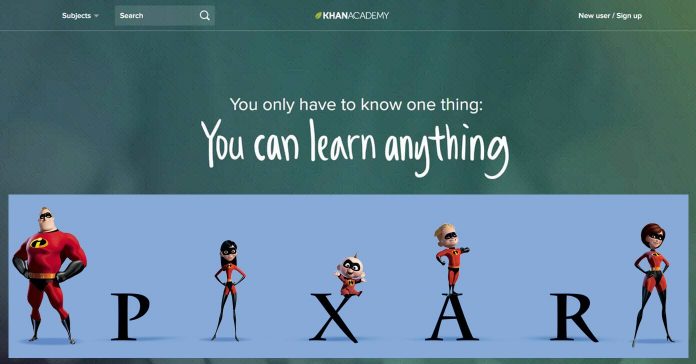 First of all I have to apologize for the lack of content in this week’s Friday Roundup.

I have spent the past week or more getting the latest update to CyberLink PowerDirector sorted out which included getting a copy and then taking it for a spin.

On the surface I thought this would be a quick one to handle because from the PR blurb it looked like they had added a few features but not too much else.

That turned out to be not the case so it meant I had to go through everything again as well as writing explanations of why some things were “sexy” but unimportant and others were important… but not so sexy on the surface.

I finally managed to get it done a few days ago but that has left little time for the the Roundup.

Hopefully my life will be running like a well oiled machine in preparation for next week… good grief, who am I kidding here?

Anyway you can click here to see the new CyberLink PowerDirector 16 Review.

A while back now I referred to a series of free tutorials created by Pixar on the subject of animation.

The series was produced in conjunction with the Khan Academy and is hosted on that site.

By way of background the Khan Academy was and still is a website created to allow disadvantaged people access to very high quality lessons on the subject of mathematics.

It is a non profit organization that runs solely on donations and has expanded to provided lessons these days on a much wider set of subjects.

A year or so ago Pixar joined forces with them as I said to produce a series on animation and the link below goes to that series.

This week they released a new lesson module and it is very, very good!

The title of the lesson is Film Grammar and covers an introduction to editing, shots types and other subjects.

I would highly recommend anyone interested in shooting or editing video to take a look at that lesson in particular.

One of the features introduced to Pinnacle Studio recently seems to be all the rage these days because everyone is doing it!

The feature I am talking about is called color match and although in some editors it may have a slightly different name, the concept is basically the same.

Simply put it is the ability to take to or more clips on the timeline and use the color profile of one “control” clip to make the others match with that control.

The beauty of this is that footage from the same camera especially when using auto settings can look very different depending on the existing lighting situation.

One of the main causes of this is the automatic white balance setting which takes a stab at an object in the frame it “thinks” is pure white and adjusts all other colors accordingly.

So if you use the same camera to shoot some indoor and then outdoor footage on the same day, chance are it will look totally different.

The same can be said for using footage from different cameras where each camera will have its own set of parameters as to ho it represents color in any given situation.

Color matching is a down and dirty method of getting the color profile of a number of clips to align more closely.

Is it perfect? Not by a long shot!

So far Pinnacle Studio and CyberLink PowerDirector have added this feature but let’s not forget that the very first consumer level editor that had it was Magix movie Edit Pro.

OK so let me first give you a warning on the article linked below!

This is seriously technical and far beyond what I would normally add to the Friday Roundup.

However I wanted to include it because at the moment the reality is that most consumer grade video editing software is now capable of some pretty powerful color and lighting correction of footage.

If you are anything like me you are still prying for the day when any of the major software makers add the “Make it look Awesome” button.

You know the one, it’s when you take some footage that turns out to be crappy because you didn’t shoot it very well, load it into the color correction module of the editor of choice, hit the “Make it Look Awesome” button and voila!

In the meantime making it look awesome is still sadly a manual action and even them almost impossible to do unless you have a good grasp of the terminology and technology behind it.