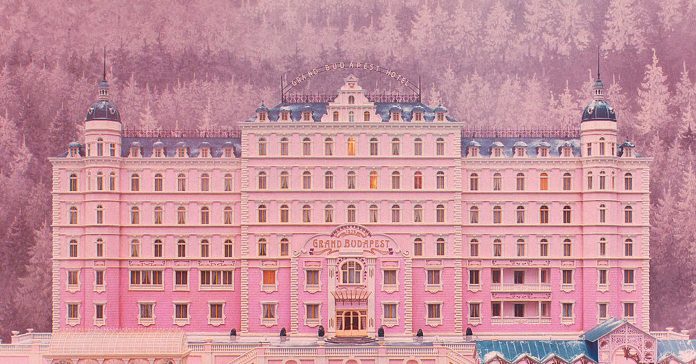 OK so let’s get real here! None of us (or at least very few!) will be seeking to create movie masterpieces of the same caliber as Wes Anderson or Stanley Kubrik!

Additionally most of us will probably not be shooting epic establishing shots that are equal to the ones in this video!

However what the video does provide is a detailed explanation of what an establishing shot is doing and how you can use it to create better video… so that a good thing right?

My quick guide to shots here.

One style of video that I don’t think amateur video makers explore enough is the interview.

At first glance this would seem to be a strange genre to get into given that the interviews we see most often are related to “T.V.” style interviews, documentary interviews, talk show interviews etc.

These styles have a tendency to make us feel as though they are for a particular purpose and not much else.

The way I use that style is probably what I would consider to be the modern day family photo album.

Sure I have photo albums and probably all my relatives have them as well.

Going back though those can be a very interesting exercise for those that come later.

However in my case some of those “photo albums” actually talk and speak.

Not to be too blunt but what I have done over the past few years is make sure I get to the older members of the family and get them to talk on camera.

It is a great way of preserving a family’s history and stories for later generations to enjoy.

Setting up for an interview is pretty simple so here’s a guide at the link below for some tips.

This is a supposed to be a fairly advanced tutorial on using music in a project and manipulating that music to achieve a certain effect.

The effect they are going for here is that the music is not just “background” music and part of the viewing experience of the viewer.

It is music that is “in” the scene and would be something the subjects of that scene would also be hearing.

All music in videos falls into one of there two categories.

It is either music that adds to the viewing experience, think orchestral music playing as drone footage rises up over a mountain.

Or it is music that the characters or subjects of the video would be hearing in the environment they are in, think videoing the kids at a concert where the concert music is part of the project but is also something the subjects would be hearing.

Apart from giving some great examples of this kind of music effect the video also offers some pretty simple tricks to manipulate that music to make it seem more “live” in the shots.

So this week Magix announced the release of the new version of Vegas Pro which brings us to Vegas Pro 17.

Since buying out the software from Sony a few years back Magix have been working pretty hard to get fully back on track.

They first set out to tame some of the problems that users were having as a result of the software’s development having fallen a little behind under Sony’s watch.

Then they started adding what I guess I would call “modern” features?

By that I mean a bunch of stuff that even the consumer level editors were carrying at the time.

With the release of Vegas Pro 17 the emphasis seems to have finally shifted towards a more forward looking development strategy probably as a result of having caught up on all the old housework!

Vegas Pro falls just a little outside of the kind of software I tend to discuss or recommend here on the DIYVideoEditor.

It is very advanced and at a beginning price tag of around $400 I guess it should be!

If you are interested in what’s new you can take a look at either the press release or the “What’s New” section on their website at the links below.

How To Make An Instant Zoom Transition – CyberLink PowerDirector 17

This is an excellent tutorial showing how to achieve a zoom transition manually in PowerDirector.

As is usually the case with the tutorials I post this one is not limited to only PowerDirector.

Any video editing software that allows for overlays and the ability to zoom on a track can make this transition.

The important point here is that it is a “manual” zoom transition and is not relying on some kind of preset transition effect.

Of course if you have something like that you can use it but the manual method will always give you a better looking result.

Additionally the tutorial is of value because Maliek explains all the way through not just how he is doing something but why he is doing it or doing it that way.

This is another great example of how you can take a piece of simple video editing software like Filmora9 and with just a little knowledge of the tools achieve some great effects.

Having said that there is always a problem with naming something like Filmora as “easy,” “simple” or even easy to learn.

It tends to imply that somehow the software is lacking in features or in some way doesn’t quite match up to what one would expect from a modern video editor.

Nothing could be further from truth and you can read my full review of Filmora9 here.

The real reason any software has an “easy” or “easy to learn” selling point is not really tied in with the abilities of the program.

It is more to do with the user interface and how a new person can navigate their way around the unfamiliar territory that is video editing software.

I cam across a great video this week that really illustrates that point and how as you dig deeper into the software greater and greater functionality can be found.

The video itself is a run through of some color correction work being done.

You will see that when the person doing the demo starts out the user interface is very, very simple and uncluttered.

Then he moves to the first layer of color correction and then finally to an even more advanced section of the module to show just how powerful it is.

This kind of “layered” approach to the interface shows how you can take Filmora as a very simple and basic video editor at face value and it performs perfectly well.

However if you want more all you have to do is dig a little deeper and many more advanced features present themselves.

Boy it seems to be all Filmora this week!

Anyway Wondershare released their latest version of Filmora9 a few days back and in this newer version they have added some new features and restored an old one!

First up the Preview render.

This was a feature in earlier versions that allowed you to fully render whatever it was you had on the timeline for smoother playback when checking your work.

Not really sure why they got rid of it but I suspect they thought people would be using proxy files if they were having problems with slower computers and playback.

Anyway the feature is back and that’s a good thing.

They have also added the ability to turn ripple editing on and off quite simple which is handy and a whole new Split Screen module offering animations.

Finally they have added a time lapse module and the ability for multiple projects to share the same libraries.