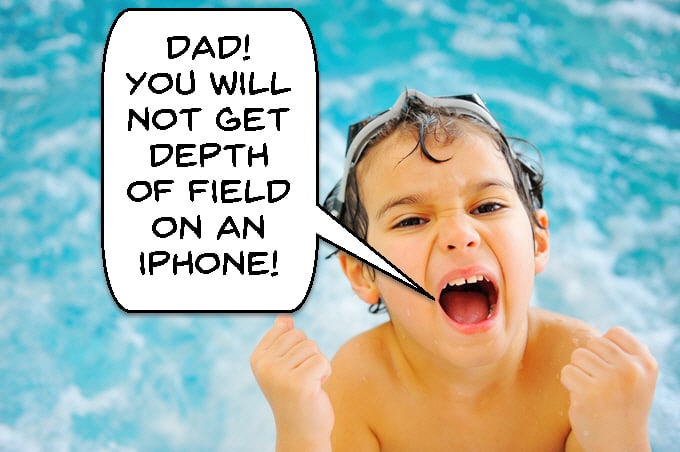 And we are back! Apologies for the break in posting over the past six weeks but I have been out of town and unable to access the site in any sensible way.

That’s why comments and questions have been attended to a little slowly but the good news is that I am back at my normal office set up and all is well with the world.

So without further ado let’s get on with this week’s Friday Roundup!

OK, this article is 100% geek and probably nothing you or I will see at the consumer end of the market for years to come.

Having said that, it is totally cool.

I mentioned Lytro in a blog post a long while back and in a nutshell what these guys are up to is a totally new way of looking at photography and capturing images.

The Lytro concept is a complete rethink of how a photograph can be taken by using a special sensor that captures quite literally everything available in a scene.

Once that image is captured or more accurately, that information, you can then get it into software and manipulate all sorts of things within it.

You can change the focal length of the shot, change the depth of field and even change the angle from where the “photo” was taken.

The reason you can do this is because the Lytro simply captures everything.

Originally they were trying to aim their products at the consumer end of the market which I think was always going to be a pretty hard sell.

The idea is so outside the box and the concept so geeky and foreign to the average person that establishing any kind of understanding within that market would be nigh on impossible.

Recently they unveiled the subject of the post below I am linking to which is a video camera and image capturing system.

To give you an idea of how “high end” we are talking, when you buy the system it includes a server (yes, a computer server) to deal with the mountains of data it captures!

Anyway for pure interest sake take a look and see what you think.

OK get ready because I feel a bit of a rant coming on! First of all the video below is an official one from Corel on the use of the timeline in VideoStudio.

It’s OK in what it covers and if you pay attention VERY CAREFULLY you will get a good feel for what everything does… BUT!

It amazes me every time a video editing software company (not just Corel) makes a “How to” video using their own software and manages to make the whole thing look and sound so awful!

First up we have the most important part of video… audio.

I mean really, could they not spring a few bucks for the girl doing the video to get her a decent mic to record the sound.

Unless of course she applied the “harsh tinny” filter in which case we can safely say that one is working!

Then we get to the actual instructions themselves.

Can nobody at Corel see that the girl is working through things at such a pace and with her mouse bouncing around so much (and not zoomed to the action) that the entire thing is pretty difficult to follow?

The truth is that by using the screen recorder in VideoStudio you CAN make a decent “How to” video and by using a decent mic and some simple filters you can get the whole thing looking and sounding much better than this.

It’s a good intro but you may need to watch, pause, rewind, watch and pause a bit to get the full benefit.

This one is just a quick tutorial from muvee on how to create a Logo using Reveal Finale and adding to your project as either a standalone piece or as a transparency.

Although Muvee seem to think that the only people that would use a logo are businesses I would respectfully beg to differ.

Muvee reveal is really a pretty handy tool for video editing especially for people who are not really that into video editing!

Yes, a small business can use it instead of spending large amounts of money on professional services and end up with a pro looking video.

But the same goes also for anyone looking to regularly make videos like a vlogger for example where the “product” is not the video itself.

What I mean by that is that the real product in many cases is the content of the video, not necessarily the way the video appears to the audience.

You are not going to need all sorts of wizzbang effects in a “How to Make a Sandwich” video!

All you want is to be able to SEE it being done.

In cases like this muvee does the job quite well.

Another video this week from Gripps this time covering the Gradient Fill Pro filter also found within the NewBlue FX package that comes with the core editor, VideoStudio.

This one is another great example of why Corel have chosen to not develop their own tools and simply added tool from the experts.

The result is a better tool set and the ability to keep that interface absolutely clutter free by hiding everything in the back end of the program.

The Gradient Fill Pro filter can be used on both still shots as well as video but bear in mind that it is vital you remain quite conservative when it comes to using any color adjustment filters.

A heavy handed approach rarely gets a good result so softly, softly.

In the video below Gripps quickly runs through the operation of the Auto Pan and Zoom feature in Corel VideoStudio Pro X9.

This filter is part of the NewBlue FX package that comes with most versions and is a really simple and effective way to add pan and zoom to a clip or projects.

Whilst you can use keyframes in the module to control your tracking and zooming the whole point of the module is not having to do that.

In a lot of editors this type of thing can be done directly on the timeline but because the program has to offer access to the feature and controls you end up with an inevitable complication of the interface.

One of VideoStudios key advantages is that they tend to take feature like this and tuck them away inside the filters so that the only time you see anything of them is when you actually need them.

This clip as usual from Gripps is oice and straightforward but importantly highlights how VideoStudio manages to maintain such an uncluttered interface.

Why Have a Dedicated Video Camera?

Found this interesting article this week over on PremiumBeat covering dedicated video cameras and why they have their place.

For many people the obvious choice for video is often these days the device you are carrying, whatever that may be.

Given the remarkable quality you can get from a SmartPhone it makes you wonder why bother with anything else?

Of course for many if not most people a phone camera provides more than enough for their needs with the added convenience of portability, size and not some other thing that you have to keep carrying around.

The truth is that these types of cameras are very limited in what you can ultimately do with them but as I say, if they suit your needs then go for it.

The next step up in both quality and control generally takes you into the world of still cameras which over the past few years have made great advances in video capability.

In fact some of these cams are so good that both major T.V. shows and even feature length movies have been shot on them at least in part.

So the question remains as to why we still even bother with dedicated video cameras?

What is it that they offer that a high end DSLR or MILC cannot?

Read the article and all with be revealed.

In PowerDirector there are two main way to rotate a video to be oriented the way you want it.

One is a “down and dirty” method that assumes the original will be OK if just rotated.

The second way offers more control by allowing to to rotate by 1 degree increments which can be useful for shots that have been taken when the camera was not quite horizontal.

Doh! It’s the beards I have been missing all this time… I never even suspected it.

This article is a little esoteric for the average home movie maker I think but on the other hand you just have to admire the creativity and ingenuity of a director like Tarantino.

Some amazing stuff that most of us will most likely never use.