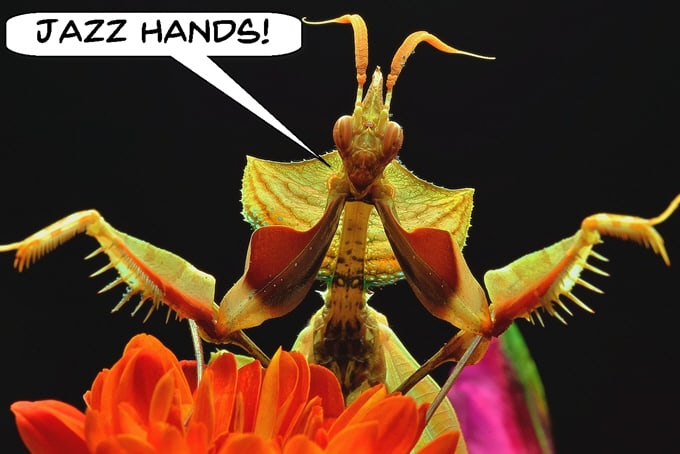 Whilst the use of close ups is a tried and true method of adding dimension to your videos there is only so far “in” that you can get before your camera starts to let you down.

The reason for this is that the lens of your camera has the ability to only go so far when it comes to how close it can get.

Beyond the point of what we would normally call a close up we enter into the field of Macros.

Macros are those super extreme close up images or videos of very small things, almost like a shot you would expect to see if you were perhaps looking through a magnifying glass or even a microscope.

Many consumer range cameras or video capturing devices actually have the ability to perform macro shots but usually because of the lens they need to be set up for them.

For some it means changing the lens but for most it means setting the camera to a specific macro mode so that the cam knows it is expected to focus on things very, very close.

Click through the link below for some handy tips on getting the most out of your macro shots.

OK, the video below is essentially aimed at new video makers trying to get into video or movie production at a professional level.

However it is squarely aimed at the person beginning that journey.

It is because of this that the advice really applies to anyone even though you may not have a professional movie career in mind.

The tips are real and down to earth and I particularly like the fact that they tackle the subject of gear right from the start.

It is a situation I see repeated over and over again with both newbies and even what could be called old hands in the home video editing game.

Someone will go on to a forum somewhere or even ask me a question on this site about some limitation they have or some technique they want to learn and their initial question nearly always has their own answer within it.

What gear do I need to do that?

What software do I need to do this or similar.

People seem to invariably assume that because they can’t do something, they need to get something extra to do it… even though they have no idea how to do it!

Whenever I get these questions or whenever I have them myself the first thing I try to do is to find out how to do that thing (whatever it is) with the equipment, computer, software, whatever, that I currently have.

It is only with the most extreme reluctance will I think of spending more money to solve a problem or expand my abilities and you should do the same.

OK this has to be one of the best quick tips I have come across in the field of color matching or correction.

The big problem with matching shots is that when you load one on the timeline to correct you can’t see the other one or ones you are trying to get it to look like.

Any time I have ever tried this it has only been successful on days when I was feeling very, very patient!

I never thought of the one in the video below but this is my new system for color correction and matching!

One of the first skills anyone learning to shoot video has to be that of lighting.

Now of course at the mention of the word lighting many people kind of switch off because they think immediately of hugely complex arrays of light they have seen on “behind the scenes” movie trailers or in live venues or whatever.

However the subject of lighting can be as simple or as complex as you want to make it or need it to be depending on what you are doing.

At the very basic level of lighting you simply have an awareness of the light situation in which you are shooting.

The position of the sun, the general amount of light in a room or even light feeding ni from a window or doorway.

The moment you become aware of that and learn to adjust how you are shooting your video you have entered the world of lighting!

If you are in the backyard shooting (video!) of the kids and the sun is sinking down so that you know not to shoot directly at them with the sun behind them, congratulations, you just “lit” that scene!

Very often the difference between watchable and unwatchable footage is not that you arranged the lights in such a way as to get a good shot.

It is more that you arranged yourself, your shooting angle or even the type of shot you took to suit the existing conditions.

This really is all just lighting.

Beyond that point we begin to get into the basic lighting setup that applies to video which is the two light source shot.

This then extends out to the three point lighting system.

One of the first steps you can take into the world of taking control of the existing light rather than adjusting to it is by the use of a reflector.

A reflector is exactly what it sounds like and can be simply used to provide an additional source of light by directing light from whatever existing source you have.

Professional reflectors can run into big bucks but realistically you can make your own very effective reflector at home with easy to source products.

Check the link below for the instructions.

Haven’t seen a video post from PDToots for quite a while so so it’s good to see they are back!

This week they posted a tutorial on the subject of exercising a little more control over the creation of custom menus for your video projects.

PowerDirector really does come with a world of capability packed in there but sometimes it is much easier to watch someone do it rather then dig around inside the program trying to work it out.

Whenever you are taking video of any situation one important point to keep in mind is how will what you are shooting look to the audience.

Very often these days with the abundance of video taken on handheld devices I see shots that seem to just spray around all over the place so that the viewer can’t really see what’s going on.

They see something interesting or funny or awesome and are themselves looking at it.

Then as a kind of side issue they point their phone or camera in the general direction of what they are looking at and are most likely surprised that the video does not really reflect the awesomeness that they witnessed!

Composition can be a complicated subject and part of that subject is framing.

Framing at its most simple level means that whatever it is that you are videoing at least stays within the frame of the shot!

One of the techniques that you can often use within your own video projects to keep things moving along or to explain things a little better is ti use images.

You can do a pan and zoom across them or add a whole range of effects to give them a sense of motion and they can be a great way of compensating for footage you missed or realized you needed too late.

There are many sources of images around for free these days but often these free one lack the necessary resolution or clarity you need when you add them to a video project.

The alternatives to these are stock image or footage sites but the problem there is that if your budget runs to zero you are out of luck!

So here’s a sneaky (but perfectly OK!) way around that.

Most of the stock footage sites have a kind of membership arrangement for people using the site.

Because the competition is so high they usually send out monthly free images to their members as a way of keeping their site uppermost in the user’s mind.

So! Find some of these sites, sign up for a free account and get some images for free!

Here’s one to get you started!