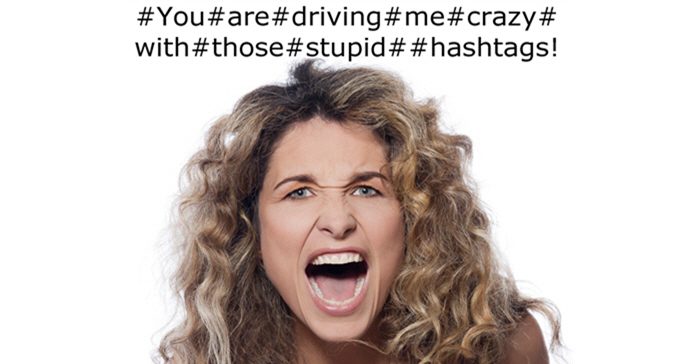 For a great many people getting a video shot in a reasonably acceptable manner and then achieving at least a half decent edit to end up with a watchable video is not too hard.

In fact these days a lot of people can turn out quite good short videos with relative ease.

It’s not just that the equipment and software is better, although of course it is, its that the information and instruction necessary to do this has become widely and freely available.

Yet despite many of the barriers to production being removed there remains one final barrier that really has nothing to do with shooting or editing video.

It is the question of how to get that video seen by an audience.

Every now and then I post an article referring to some guide or tutorial on getting your videos better positioned on YouTube and the truth is that if you want to garner an audience you need to do those things.

Unfortunately in many cases that is still not enough!

The simple answer to getting those “views” at a basic level is of course to use social media to get the word out that you have content to be viewed.

YouTube itself is actually a social media site although most people don’t really think of it as such.

But outside that environment there are even more opportunities for you to attract and engage with an audience.

Regularly posting interesting information to a potential audience on either of these services and occasionally posting references to your own work can be enormously effective in driving people to your videos.

It is an art that has it’s very own set of rules and strategies which I am certainly not going to go into here but!

If you are or are planning to use one or both of these services to promote yourself or your videos we need to have a talk!

And the talk we are going to have is about the use of Hashtags.

Hashtags serve a very specific purpose on these sites which if used correctly can get you in front of a whole bunch of people.

If they are used incorrectly they can at best result in nothing in particular happening or at worst, drive people away from you personally as well as your content!

I use both of these services to promote this site and I am amazed at the mindless ways in which people still use hashtags.

You see the key to using them is first of all understanding what they are and from a Twitter or FaceBook viewpoint what they really do.

Once to understand this you can then see why they should be used in a certain way and at very specific times.

They are not just something you slap into your post willy-nilly with the hope that because they are there you will go viral in no time at all!

One of the major problems anyone is going to face when they are making screen recording videos is that of maintaining a crisp clear image.

Just about any screen recording can pretty well be rendered useless by the time the video gets reduced in size to suit online formats or streaming bitrates.

It’s no-one’s fault, it just goes with the territory.

The source of the problem really is that a computer monitor will have it’s own resolution setting and that will be set to give the best image (continuously) of your desktop or programs you are using at any give time.

It is also set up to present that quality as best it can on whatever size of screen you have.

In other words the input, software and hardware of this arrangement are all dedicated to you having a good monitor experience.

The difficulty arises when you try to record that screen because ultimately you will be producing a video that may not necessarily be shown on exactly the same monitor.

In fact it is more than likely the video will be uploaded somewhere and be viewed by an exhaustive range of monitors or devices all with their own settings.

Getting this right from the start is the only way you will end up with a nice clear recording of your screen and this week over at the TechSmith blog they have put together an excellent tutorial on the subject.

Another tidy video tutorial from Gripps this week on how to use the Surround Sound Module in VideoStudio ProX8.

If you don’t have that particular piece of software then move along cos’ there’s nothing to see here for you!

If you do use it then dive in!

As usual Gripps takes some of the more complicated pieces of the program and deftly cuts it all down to a rather simple process.

For those of you that have aspirations to become YouTube stars of the future or at least try to get a few more views the sad truth is that it is not as simple as it seems.

YouTube as a website has grown to enormous proportions and every day it gets harder to find and maintain any kind of audience outside you immediate friends and family.

The good news is that there really is a finite number of things you can do to assist yourself in the process of achieving fame and fortune! Some of those points are pretty obvious like, “Don’t make videos that suck,” and some not so obvious but the point is that there are not so many that you can’t get them done.

A service YouTube offers is analytics and for most people this is a subject that immediately goes into the “too hard” basket and stays there hidden from view, just like their videos!

Don’t be that person!

Taking the time to understand just a little about analytics can open up a whole new world of ideas for not only what you want to do with video on YouTube but also how to do it smarter and get the results you want.

I often come across either videos or written tutorials on the subject of lighting videos and over the past few years some have been pretty good and some just OK.

One of the great barriers to learning at least some basics in this area is that it is generally presented in a very theoretical way and for a new person that’s kind of hard to grasp.

Now most of us are actually not going to be “lighting” our videos, what we will most likely be doing (if at all) is trying to gain an awareness of what light we have available and to the best (or worst) of our abilities, use that light.

Even then tutorials on using available light tend to just fall into the category of “the three point lighting system” somehow adjusted to only having two light sources.

Not really all that helpful.

Which brings me to the video below.

This is a great video demonstration of using available light in a very common scenario to shoot a video using a smartphone.

The entire video is shot on the smartphone and you can not just follow along with the choices the guy is making but you can actually see the way each choice affects the shot because you are there watching it live.

When it comes to easy video editing software I guess the easiest it can get would be automatic!

Although that’s not yet totally possible one of my top choices for a simple editor has always been muvee Reveal… and yes the lower case “m” is how they want it to be done!

Anyway, you can read my review of muvee Reveal by clicking on the sidebar menu or HERE, but one point that comes up with muvee is exactly how does it do what it does.

Now I am not hugely technical but the simplicity of it is that originally when muvee did not exist as an editor, two projects were underway within the muvee Technology software company.

One was involved in research into movement detection within digital videos and the other was concerned with the analysis of sound files and wave patterns within them.

At some point someone at muvee had the bright idea of using both detection technologies to analyse videos, images and audio files ans somehow relate that information together.

From there they developed a very advanced algorithm that completed the task of putting it all together in a coherent form.

From all the gathered information the software could then engage in a process of automatic editing choices being made and implemented resulting in a finished video project.

As I said at the beginning a totally automatic software for video editing is not yet possible but 11 versions of muvee later they are getting pretty close!