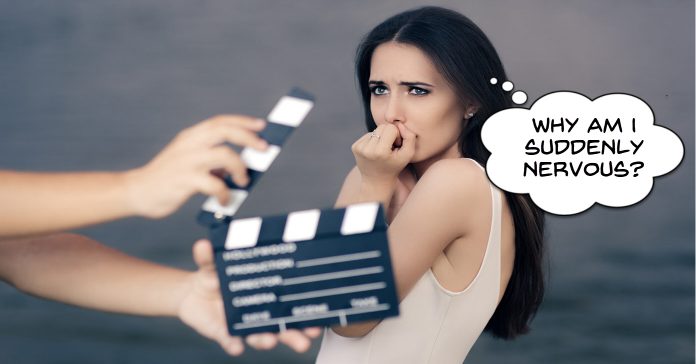 OK, so now that the hoo-ha has settled from last week’s release of Pinnacle Studio 21 and the subsequent pain of re-writing the review, this week we are back to out normal routine.

Since that release of Pinnacle they have been trickling out updated videos introducing the new interface and features as well as a redo of their “getting started” video.

You will find those further down the page.

In other “new release” news Magix this week released an update for Vegas Pro their professional video editing software.

The update covers a number of additions as Magix look to develop that piece of software into the future after having bought out the entire Sony Creative range last year.

They have improved the user interface and streamlined some of the work flows through that, added enhancements to hardware acceleration and a whole host of other tweaks.

If you are interested you can check out all the latest and greatest in Vegas by Clicking Here.

They are running a discount for a while so if you are interested in a fully professional program now’s the time!

Use this code to activate the discount: VEGASPRO15

Are You Videoing This?

After having suffered through creating a video this week for my son as an entry to a scholarship program this one right now is close to my heart!

I am sure that for most of us no matter how much we rehearse or practice a presentation, the moment that camera starts recording we suddenly turn into little bunny rabbits caught in the light of a Mack truck on the highway!

WARNING: I’m Not Suitable For All Advertisers

Recently there has been quite a kerfuffle over at YouTube regarding their ongoing problem of trying to serve ads to the right audiences for the right videos.

It is important to keep in mind that the decision of what ad to place on which video is not really a human activity.

It all comes down to an adaptive algorithm that tries to match ads to videos and audiences.

Clearly that was failing in many cases for a while so YouTube have done a lot of work to try to fix it.

The downside of their “fixing” it is that in the past week or so large numbers of regular YouTube posters have been getting messages that their content has been flagged as inappropriate in some way and is no longer eligible for monetization.

Again, this is not due to any direct human intervention but simply the algorithm going nuts again only this time in the other direction!

As usual uproar has ensued in various online communities because let’s face it, a lot of people are losing money over this!

One of the funnier ones is the case of Derral Eves who has been hit by this.

It’s funny because Derral is about as racy as my mom’s knitting group and is also one of YouTube’s biggest supporters.

So if you want to find out more about it or have been affected by it I urge you to check out Derral’s video below for a more measured response and some practical steps you can take of you have been hit by the new update.

This is a tutorial video on how to create a Jibjab style talking head video in CyberLink PowerDirector.

Like most tutorials of this nature the fact that PowerDirector is being used rather than some other video editing software is irrelevant.

The same tools and types of modules that are being used in this video are present in just about any other decent software so the important part here is technique being used.

The names of the tools or the settings or whatever may be different in your editor but it is the same procedure regardless.

Found a good article by the folks at Magix this week on the subject of Vlogging.

Video blogs are somewhat the rage these days and obviously services like YouTube have made them very easy to set up and run.

However it’s not all beer and skittles when it comes to vlogging or even blogging for that matter.

To garner any attention and achieve any success it still takes a great deal of dedication and effort despite what anyone says.

If you are considering getting into a vlog or are running one now, this article provides a realistic set of actions that you are going to have to do to get anywhere.

The only point I want to clarify so there is no misunderstanding is the following:

2. Quality is better than quantity.

You have to be a bit careful with that one and take note that they are talking specifically about what is being said in the videos rather than the quality if the videos themselves.

If you are just setting out then yes, the quality of the videos is important however an unfinished video sitting in your software for weeks while you perfect it is useless.

A rough video already up on your channel is far more valuable.

Another late addition to the Pinnacle range of new videos supporting the release of Pinnacle Studio 21.

This one is a good run through of the basic functions and is actually a good one to look at if you are considering this as your first or next video editing software.

One of the new features Corel added to Pinnacle Studio 21 was an extension of the titling module.

Before this version Pinnacle obviously had a titling module but in this version they have reworked it a bit and also added support for 3D titles.

Now just to be clear here, by 3D titles I don’t mean titles that can be added to a 3D project, although you can do that.

What I mean is that the titles themselves can be 3D objects rather than flat text with perhaps a bit if shading added.

This technology actually comes form a separate Corel product which they were developing a while back and was a fully blown 3D object editor.

I am not really sure what happened to that one but it is good to see the functionality of it being included in Pinnacle.

In support of the recent release of Pinnacle Studio 21 Corel have been adding a few more introductory videos to their YouTube channel.

Not really sure why they don’t get all this in place before the releases, let’s face it, within the Pinnacle organisation the new version would hardly be a surprise!

Anyway the video below gives an overview of the new features in the latest release and showcases the new interface very well.

When it comes to choosing video editing software to suit a particular purpose or person’s individual needs I am pretty confident in my abilities to do so.

However when it comes to choosing a suitable video camera I have to admit it take very little time for me to get completely lost in the process and the usual final result is me staring blankly at a computer screen.

That’s basically why this site has no actual recommendations for specific video cameras.

The best I could muster was a guide to what you should be looking for based on your preferences and you can check out that series here: Choosing a Video Camera.

I did come across a pretty good video this week on the subject of video cameras and you can see it below.

The main reason I am including it is that although the video is concentrating on video cameras for a particular purpose, in this case vlogging, it offers some really good advice on cameras for video in general.

This is the fifth video in the tutorial series started by Ugly McGregor a while back now.

Like most people on YouTube or even in the world of blogging there were many promises made at the time this series began about regularly posting new tutorials.

And also like most people on YouTube and in the world of blogging… that schedule went down the toilet pretty fast!

However kudos to Ugly because he has persisted and we now have episode 5 in the series!

This one covers the all important subject of audio and although Resolve would hardly be described as well endowed when it comes to audio control it does offer some decent basics.

One of the reasons you see professional photographers and cinematographers lugging around huge amounts of equipment is because they are heavily invested in NOT having to change things in an editor.

Pro’s tend to very precisely follow the rule of shooting to edit and by doing so take a whole lot of stress of the editing process itself.

That;s because they already have a great deal of material in it’s final form before it even gets on to a computer.

One aspect of this is the application of effects.

As amateur video makers we tend to shoot as best we can and then try to fix it all inside our editor of choice and this contributes greatly to the amount of time and effort we have to put in to get everything in shape.

In the series of article on this site called Shooting Better Videos this is a point a stress very heavily.

It really only takes just a little effort on your part to at least formulate in your mind how you want the final video to look.

Doing this quite naturally leads you to a place of knowing to some degree what shots and what types of shots you are going to need.

I am not talking about doing a full on story board here but just a little planning in your own mind can go a long way towards having much better material to work with when you do get to the editing stage.

This also holds true for creating effects at the point of shooting rather than in post production.

In the video below there are some great tips on simple yet cheap way to create convincing in camera effects for just a few bucks or even for nothing.