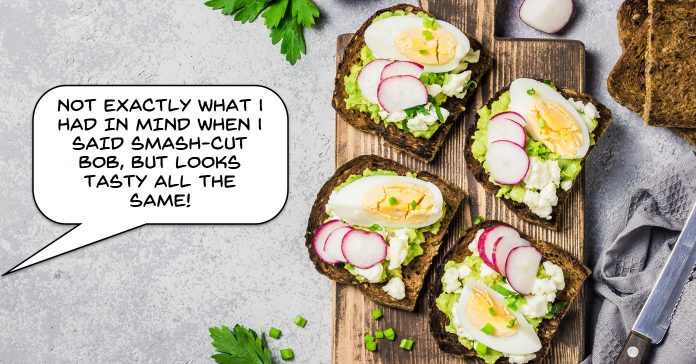 Rather than just endlessly use pre-packaged vanilla transitions or simple straight cuts why not branch out a little!

In previous posts I have covered using audio along with straight cuts to create bespoke transitions but there are many, many other things you can do.

One of those is the smash cut.

On the surface this is a simple straight cut but the impact it has can be quite amazing.

Generally speaking it relies on the cut occurring between two completely different things with the second one also being unexpected.

Very often is it further enhanced by the addition of some kind of audio effect to heighten it.

Give it a try!

The Secret to Shooting Cinematic Video

One of easiest ways to take the stress out of editing together just about any kind of project is to have a bunch of b-roll footage available to you.

It really is a simple concept and one that many people in the heat of the moment forget to do.

Check out the video for some extra tips on what kind of shots you should get and why you should be doing it.

I personally always have the idea of b-roll in the back of my mind.

Whenever I am shooting any kind of event, gathering or whatever I always look around in the quiet moments for possible b-roll.

OK so let’s be clear here, none of us are going to be using any of these techniques soon!

However I thought I would add this one for the week because some of these techniques are simply insane!

How to Isolate Vocals in Audacity

The video below is an updated version of a video I posted a long time ago.

In that old video there was a technique shown on how to isolate vocals from a music track using the free audio editing program, Audacity.

What you needed was a vocal recorded to only one side of a stereo recording as well as a vocals/music mix that was conducive to the process.

Like I said, the results were nothing to write home about.

Given the fact that Audacity is still being actively developed I guess it was a matter of time before something changed in the area… and it has!

Check out the video below for a complete walk through of the process as well as some excellent tips on how to clean up the vocal track that you have managed to isolate.

This Photography Trick For Better Videos!

When it comes to discussing depth in videos there is a tendency to focus on depth of field alone rather than depth in an overall sense.

You can find plenty of tutorials around the internet on the subject of depth of field and how it is affected by certain lenses and settings as well as why it is or is not desirable.

However there is more to the concept of depth in how you shoot videos.

Let’s talk about green screen here for a moment.

Green screen is one of those features highlighted in video editing software marketing in order to get the sale.

Most software will have some kind of blurb about its amazing abilities to create awesome Hollywood effects by using green screen… or something like that.

Of course the average Joe sees that, thinks it’s awesome, buys it and very soon the pangs of disappointment set in!

The reason for that is green screen at the software level is simply the software removing everything of a particular color in footage.

The disappointment sets in because it is not actually the software that determines the quality or effectiveness of any green screen effect you are trying to achieve.

Easily 90% of green screen happens at the shooting stage and even though the more advanced software will allow some pretty complex corrections, the old rule of “garbage in equals garbage out” still applies.

The video below is a detailed examination of how to avoid or correct certain problems in green screen at the shooting stage.

How to Shoot for the Edit

One phrase you will tend to hear over and over regardless of where you are looking for guidance on video editing is to shoot for the edit.

This is a pretty simple concept in that any project where you have captured footage with editing in mind will perhaps not be better automatically but will at least be easier to edit.

For most amateur video makers the idea of completely planning an entire project prior to the shooting of that project is of course unrealistic.

Most of us are shooting targets of opportunity rather than setting up shots and getting them.

However the concept of shooting for the edit is still relevant and can still be applied effectively to improve your videos.

In the video below Aiden goes over his pre-planning for a video and although he doesn’t lay out a detailed storyboard he does go over at least having a list of shots that he feels he will probably need by the end.

One of the hardest things to deal with when you are faced with video editing software for the first time or are changing to a new one is the interface.

Although many aspects of user interfaces can be somewhat similar there seems to be always at least one part that remains a mystery.

For DaVinci Resolve that feature is definitely the use of Nodes.

If you have ever peeked inside Resolve, spotted the Nodes and run away then the video below is the one for you!

Yes they are weird but the the upside is that once you crack it, you will have some serious tools at your disposal.

This is an overall demonstration video covering some of the tools on offer in Filmora Pro that affect speed control.

In this new editor from Wondershare there are many more tools like this that are not available in their simpler product Filmora9.

If you are creating videos more for social media uploading and distribution then there are a few things you need to take into consideration for that.

One of the most important is choosing an aspect ratio that best suits the platform you are using.

Your ability to garner views on these platforms comes down to an ability to grab attention right form the outset so your videos must occupy the maximum screen real estate possible.

This is a comprehensive run through on how to use the motion tracking module in CyberLink PowerDirector 17.