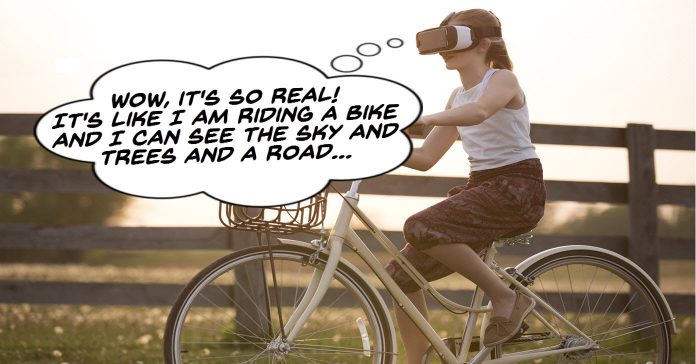 Over the past few years there have been a number of technology promises made that haven’t in my opinion, really delivered.

I think the biggest offender has been 3D both in a TV watching scenario as well as on the big screen at the movies.

To me the closest it has ever looked was that I thought it looked “3D-ish” but not really 3D.

Now 360 degree video is beginning to stand up and demand the same kind of attention that 3D was once demanding.

For the most part I have kind of sat back and not really bothered with it too much because of one main barrier.

Whilst it is awesome that 360 degree footage can now be handled by a lot of video editing software the major stumbling block to me would always be shooting the footage in the first place and delivering the final product.

So over the past year or so on the video shooting side of things there has been noticeable progress and give it another year or so, good quality 360 degree shooting will be commonplace and affordably available.

The content delivery side of things has also finally begun to move and on this one too I think we are not very far away from wide availability.

YouTube have touted the ability to play back 360 degree footage for a while but really the end result of it has always been virtual reality distribution.

Yes you can tweak your way around inside a 360 degree clip but there is really not too much wow factor there.

On the other hand true VR has more than enough wow to get anyone’s attention.

Combined with a mobile device running the app and the right headset VR is just about upon us.

How To Look and Sound Better On-Camera Course Ad

If you are a regular reader of this blog then you will have noticed I often link to or pull videos in from a YouTube Channel called Basic Filmmaker.

The guy that runs the Channel regularly posts some great tips and tutorials on… well, basic film making!

Anyway below is a video introducing his latest course on looking and sounding better in front of the camera but that’s not completely why I have added it.

I have also added a link to the course on his website but I also think it is well worth your time to take a look around there.

He has some great free intro courses as well as more advanced paid stuff if you want to really get good at things.

Lizards and Snakes and stuff

So in the event that you have been living under a rock for the past week or so… or just don’t go online there are a couple of video that have gone stupid viral.

They are from the BBC and were released in anticipation of their new nature series Planet Earth II.

I would urge anyone to take a look at them to see how within a two to three minute clip you can achieve n astounding level of impact.

Of course it doesn’t hurt that they had almost unlimited resources for shooting, an army of fully professional editors and special effects guys including CGI, David Attenborough to do the narrating and legendary Hollywood musician Hans Zimmer to write the score.

But apart from that is looks pretty simple!

Probably one of the features that can be found in a number of consumer or amateur level video editors these days is blends.

Sometimes they are referred to as Blend Modes or just Blends but it probably doesn’t matter because most people really don’t know what they are!

In fact at the time of purchase I can just see a bunch of people reading or hearing that the software on offer has the awesomely fantastic Blend Mode while they are watching some spinning swirly stuff happening on a screen which looks totally amazing and they are SOLD!!!

Of course after that the subject never comes up again!

A blend is when an effect or another clip is overlayed on top of an original clip or image for that matter.

When you see a cross fade transition occurring between two clips you are actually looking at a preset, pre-constructed progressive blend.

Someone just took the mechanics of blending and wrote it into a little preset arrangement that you can drop between two clips and that what we call a transition.

So when you see people screaming that they don’t have enough transitions when they have software that can achieve blends it seems a bit silly really!

They could make their own.

Anyhoo apart from that example, blends can be used to achieve a huge number of effects within any editing software that has them.

A lot of the preset filters that come with most editors are actually preset blends packaged as filters or special effects.

So if you are interested in stepping away from the “out of the box” solutions… take a look at blends.

One of the downsides to doing pretty much anything on the internet is the fact that almost regardless of what you are doing… by tomorrow, it will be done differently.

Take YouTube for example which despite its behemoth size has been changing and evolving at quite a rate especially over the past five years.

Whilst most changes in the long run are not too much of a problem one recent one has presented some headaches to people who already have a good deal of content already on their YouTube channel.

With the swing over to mobile devices in full flight YouTube had to come up with a solution to the annotations problem.

They can’t really show annotations on a video being played on a mobile device because the user experience is just wrecked by that.

However this left the content creator with no way to add a call to action at the end of his or her video.

To deal with that YouTube introduced End Screens which have very effectively dealt with the problem and made everyone happy.

Adding an End Screen to a new video is no problem but some Channels can have hundreds if not thousands of videos already uploaded.

Up until now the only real solution to that problem was to individually go through your already uploaded videos and add End Screens which is really tedious and very time consuming.

So if you are in that position fear not!

Check the video below on how to use TubeBuddy to deal with that backlog.

I came across this guide the other day and thought it was worth posting.

It goes into the points you need to cover when choosing an action cam to buy but in all honesty the points apply to most situations.

It is not really an “in depth” article but does serve as a good reminder as to what you should be keeping your attention on.

The reason I mention it is that these days it is all very well getting yourself armed with the latest information and setting off to buy a cam.

Very quickly most of that has dropped out of sight in the face of endless marketing ploys to do just that.

I think there is nothing like a checklist to keep you focussed on the job at hand and what is really important.