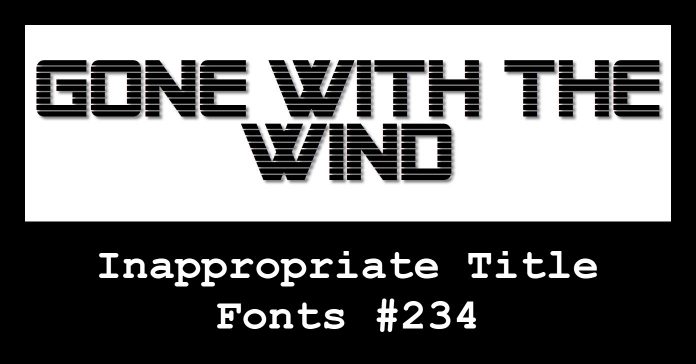 OK so let’s kick off with some freebies!

Last week I linked to an article on how to add new fonts to your Windows system and to have those newly added fonts become available in your video editing software.

You can brush up on that one HERE.

As luck would have it, this week Shutterstock came out with a blog post listing a bunch of sites that you can check out for free fonts so go for it!

Whip pans are definitely one of the “effects de jour” these days and to be honest I think we are all probably getting a little tired of them being clumsily added to projects… just because I can!

The whip pan itself can be an incredibly powerful tool to use as a transition or as an effect to heighten a particular part of the sequence BUT!

In order to use them properly you have to have a reason!

As I have said before, just because you can doesn’t necessarily mean you should.

At a pro level whip pans are used in a very specific manner and are planned from the outset.

Check out the video below for some excellent examples of how and when to use the whip pan to its best effect.

This is a good run through of the animation and keyframing tools available in Filmora Pro which is Wondershare’s recently released “pro” video editing software.

To be honest it is not really “pro” software but it is quite an advanced editor at the consumer end of the market and has a lot of great features.

The main reason I am including it this week is that within the walk though of the features themselves they offer some excellent knowledge and advice as to why you would use certain effects and why you would choose different ways to implement those effects.

One of the best parts of editing together any kind of video project is the fact that you as the editor, are the masters of time!

You may have shot the event or subject matter in real time or interrupted time but once you get that footage into your video editing software it is you that has complete control over the passing of time.

This control over time is a powerful tool that you can use to create all sorts of effects and emotions in an audience but like any super power, you have to know what you are doing!

One area of video making that I see a lot of people have problems with is the use of background music.

The other common mistake I see is the use of music that is inappropriate to the subject matter of the video and as such becomes a huge distraction to the ideas the creator is trying to convey.

Having Ozzy Osbourne blasting out Crazy Train at any volume level over shots of a romantic walk on the beach is not really going to cut it.

In the video below there are some great tips and advice on both choosing background music as well as how to add it to a project so that it does what it is supposed to do.

With the constant improvement and development of video editing software and the cameras we use to capture video, there is a tendency to get focused on the effects rather than the footage.

What I mean by that is that we are all bombarded with added features and added effects that we didn’t have access to a year or two or three ago.

Its like getting new toys over and over and obviously our attention is drawn to those new toys as they become available.

However at the end of the day if we don’t shoot our footage well and then get the basics of the edit done well, it doesn’t really matter what effects or wizzbang features we use, the project will still not be anywhere as good as it could be.

Here are some good, actionable tips for improving your videos.

How to Make High Quality Videos on a Budget

This is a video tutorial specifically aimed at a certain market so let’s clarify first who it is for.

If you are shooting at home and are operating alone this one is definitely for you.

However is you are trying to lift the general standard of videos you are creating that are shot indoors this may also be good for you.

Good tips on keeping the viewer’s attention on you rather than the mess in your living room/bedroom, some simple lighting techniques requiring no equipment and some good tips on framing and composition.

Words That Cause People to Leave Your Videos

There are two key metrics that YouTube uses to judge whether your videos are considered by them to be good enough to be promoted to an audience.

The first is view time and that is simply the amount of time a user watches your video compared to the actual length of that video.

In other words, did they stay to the end or click away after a few seconds, minutes etc.

The second is watch time.

This one measures the amount of time the user stays on YouTube after having watched one of your videos.

In other words did your video encourage the user to stay and watch more videos.

Obviously these metrics are important to YouTube as it is after all, an advertising platform.

If you have your basics down pat and are creating what you think to be reasonable acceptable videos then increasing your view time and watch time can very often come down to some pretty fine points.

One of those points is actually the language you use when you are addressing your audience.

Basic Tips on Getting you Videos Online Here

This is a wonderful “break down” video of travel video maker Tim Kellner’s technique and style.

I really like John Luna’s style of presentation because he takes something like this that is obviously very good and clearly explains why it is good.

This is not so much a tutorial video as in “this is how to do this or that.”

He just shows little snippets and points out what is happening and especially the effect that “thing” has on the viewer.

There’s lot’s to learn and observe here but one of the key takeaway’s is the way the video maker in question uses the absolute minimum of effects and tricks to put together great videos.

OK so this is green screen advanced and if you are interested in why Hollywood green screen seems a little different to your own efforts, the answer may be here!

Although the second part of the video at the editing stage is done in Adobe After Effects it still offers some great tips on getting the shooting right as well as using in camera tools to set the green correctly.

How to Get Smooth Timelapses

I have posted tutorials before in the Friday Roundup covering time lapse videos and how to set them up.

Having said that if you have ever attempted shooting one you may have noticed that the results you achieved look somewhat less than those of ones done professionally.

Of course that’s because the pro’s don’t just set up a camera, flick it on to auto and walk away!

There are a number of very technical things to consider with time lapse if you really want to get those pro results.

In the video below you will find a mountain of information that will either confuse the hell out of you, lose you completely in the terminology or possibly, get you producing awesome time lapse projects!

This is a brilliant “checklist” style blog post from the guys at Techsmith on the subject of YouTube.

Most of the tutorials you see kicking around at the moment kind of target an audience of people already on YouTube and offer advice on how to gain traction with their existing Channel content.

This one is a little different in that it assumes that you know nothing and covers everything you need to know to get up and running with a solid foundation.

This is a basic tutorial video using PowerDirector 17 to remove a blue sky from a video and replace it with something else.

Essentially it is a chroma key tutorial using blue as the “key” as opposed to using the more frequently used green key.

Titler Pro is a dedicated titling program for video produced by NewBlue FX the effects people.

The current iteration of Titler Pro is version 6 however in PowerDirector 17 Ultimate or 365 an OEM type version is accessible through the FX tab in the program.

That version probably equates to about version 1 or 2 of Titler Pro and it is in itself a very powerful tool for creating professional looking titles.

The video below is a demo of some of the features of Titler Pro as it appears in PowerDirector 17 Ultimate or 365.