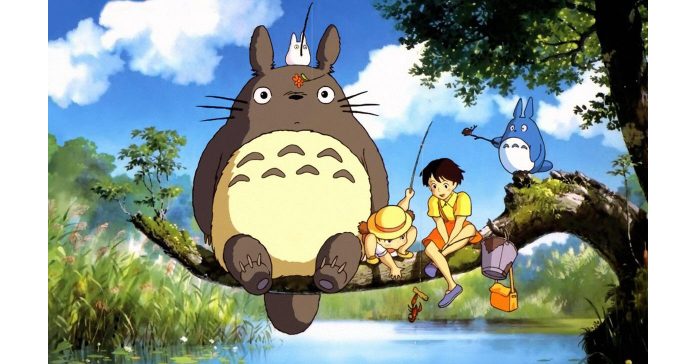 I wanted to kick off this week’s Friday Roundup with a couple of tutorials on the subject of shooting videos.

It is pretty obvious these days that you can take a tiny action cam like the DJI Osmo or a GoPro or even a mobile phone and get some pretty decent results.

On top of that if you want to take that footage to the next level it really doesn’t involve all that much expertise or fancy equipment.

So first up we have the tutorial below on on shooting with the DJI Osmo but in all reality it applies to any of these small handheld devices.

The main takeaway from this video is that when he started just treating the device as a regular camera and began playing to its strengths he immediately started getting better footage.

Check it out because its all quite simple to apply.

Making a Cinematic Sequence with a Phone

This one is the second of the three main videos I wanted to share for this week on the subject of shooting videos.

More specifically, shooting videos on very small devices rather than full on cameras or camcorders.

This one is similar to the the one above in the sense that the main “step” you have to take in lifting the quality of the footage captured is a kind of “mental leap.”

What I mean by that is that if you maintain a kind of point and shoot, run and gun attitude towards using small or mobile devices you will pretty much always end up with similar looking footage.

So the first step is to move outside of that mindset and look at those devices differently.

Check out the video below to get an idea of just how far you can take it.

This is the third video I am adding to this week’s Friday Roundup on the subject of shooting videos that little bit better.

For most of us due to the nature of the videos we shoot we tend to get stuck pretty heavily in Auto-focus mode.

Actually manually adjusting the focus while shooting (focus pulling) is always going to be way outside of what we are doing and what we are shooting.

However it all doesn’t have to end there!

Most reasonable cameras that shoot video these days of course will have an auto-focus feature but what many people do not realize is that you average auto-focus has three modes of operation.

Each one can be used in different scenarios to get better footage.

This is another one from the guys at Filmora and as usual what they are demonstrating isn’t in any way confined to using Filmora as your editor.

This is just a quick run through of how to shoot and use masks to achieve those crazy “trick shot” videos you have probably seen on YouTube.

By the way if you thought those trick shot video were real then I apologize for bursting that bubble!

This is a quick sort of down and dirty video from Filmora on how to use a couple of effects as transition rather than using pre-packaged ones.

Now the ones that are using and demonstrating are all very well and you should maybe try them out in your own video editing software.

But the key message here is that anyone running a reasonably modern video editor these days will have access to a whole bunch of different effects and filters.

Many of those effects and filter can be used as transitions so go crazy!

So year after year on this site when it comes to video editing software I have the task of somehow separating them out.

The reality is that most of the good video editing software at this level is pretty much the same as far as performance and features go.

That’s why so many people have so much trouble trying to choose one for themselves.

When it comes to Pinnacle Studio that task is just a little more simple and the video below goes a long way in explaining that.

Some even have very good color correction modules that allow for color grading.

And then there is Pinnacle Studio!

Check out the video below because it really does show the difference between Pinnacle and the rest of the pack when it comes to advanced editing and fine control.

This is a kind of “review” video from the guys at Fenchel & Janisch for some reasonably high end audio equipment.

The reason I am including it for this week is that when these guys do a video like this they of course present the product, but at the same time they give great advice on the reasons why things are the way they are or why they do things the way they do.

So even if the product itself is of no interest to you there is always excellent information in their videos.

How to Remove Unwanted Objects From Your Video – CyberLink PowerDirector 18

Removing object from video can be a tricky and extremely fiddly task at the best of times!

It generally involves masking what you need removed, a motion path to follow where the missing object was and then some to replace what was removed to follow that motion path.

I told you it was fiddly!

Anyway you can check out the video below to get the idea and to be honest the same process works in just about any video editor with the correct tools available.

One of the new features added to the recent release of PowerDirector 18 was the introduction of motion graphics to titles.

This is simple an added way in which you can spice up those titles and get a professional look.

As it stands now in PowerDirector 18 the actual amount of control you have access to is a little limited.

The program can only deal with preset motion graphics templates that come with the program and your ability to tailor them is similarly limited .

You can get a good idea of what you can and can’t do from the video below.

Having said that I strongly suspect that this newly added module is not finished yet. I think in later releases will see it expand out into a fully featured module with all the bells and whistles.

Noise Reduction Hope on the Horizon

One of the most common requests I get here on the D.I.Y Video Editor is how to remove noise from audio tracks.

The reason this is such a recurring problem is that a lot of people recording video are using the onboard microphones of their camcorder, camera or phone.

Those microphones are purpose built to capture as much sound as possible because they are operating in totally uncontrolled environments.

This is unlike a shooting in a professional situation where you can create silence or close to it on the set or have access to sophisticated microphones to only get what you want.

The actual difficulty in removing noise is that any software that does it cannot “hear” what it is you want removed.

For example when you hear the wind noise on your video that you don’t want you can clearly identify what part of the overall sound you want removed.

All the software can do is have you take a sample of that noise, identify the wavelengths of that sound and remove them digitally.

Unfortunately all the other sounds on the file that you want to keep will to a greater or lesser degree, share some of those same wavelengths.

This usually results in the wind noise (for example) disappearing but also results in your voice now sounding like a cartoon character!

Now obviously the solution to this is to not record unwanted sound in the first place but that’s not always practical although you can make your own noise suppressor. (Instructions here)

You can also at least have a try at cutting down on the unwanted noise by using this tutorial in Audacity here.

So now for the good news!

I have been expecting for a while now that some smart software person would come up with a solution to all of this without the million dollar expense of building your own audio laboratory.

Although we are not quite at the point of a perfect solution there is a very new product on the market that seems to have taken at least that first big step.

The software is called Krisp and it is an App that you can use to filter out unwanted noises when you are recording audio on your computer or mobile device.

At the moment it is only effective in fairly specific circumstances such as recording your voice to a device or engaging in a call on a device.

There is a free version you can download at the link below.

The main reason I am highlighting it is because further development may eventually lead to a version that could for the first time be an effective solution to unwanted audio noise.