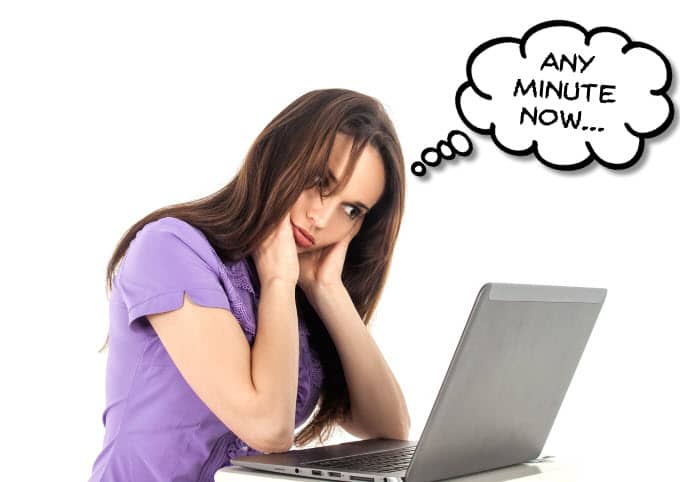 Some Tips for a Slow Computer

I had a guy reach out to me this week about including something from his site as part of the weekly roundup.

In fact I get this all the time and generally tend to not do anything about it because usually it is something from a bot or is totally irrelevant to the site.

However in this case I am making an exception because it is quite a good resource.

So let me set the scene.

These days the most frequent questions or comments I get on the DIY Video Editor are regarding hitting various snags in the editing process somewhere.

Of course the person asking the question invariably wants to know why the software is messing up and that’s understandable because when it all goes wrong they are staring at the software interface on the screen.

The reality is that by immediately jumping to that conclusion they are pretty much cut off from the real source of the problem.

In easily 90% of cases the real source of the problem is not the software.

In my experience problems in the video creation process come down to three areas.

The most common by far is an underpowered or poorly configured computer.

Given the stresses placed on the average computer these days by editing highly compressed high definition files with a wide variety of parameters this is the clear leader.

Coming up behind that is that the problem is being caused by a wide range of things that come down to the user not being familiar enough with the software, its interface and how it works.

This can be summed up by the statement, “Of course it is screwing up, that’s what you are telling it to do!”

The final source of problems and easily the most uncommon is a genuine bug within the software.

Now when it comes to a poorly configured computer there a many things that can be wrong but the result will nearly always be a slow or completely unsuccessful attempt at editing or rendering.

So in light of that we come to the link below.

The guys at the site have put together a very comprehensive checklist if things to consider for when you are having trouble with your computer and even of you aren’t having problems it is good idea to check through it anyway to keep things running in tiptop condition.

By the way, be nice, their english may be a little stiff in places but the information is solid.

Reasons Not to Dump DSLRs for Mirrorless

At the moment all the excitement in the world of video cameras seems to be pretty much centered around MILCs.

However it is important to keep in mind that many of the advantages they are supposed to be offering are not available at all levels and they still do have a bit of a ways to go before they completely kick DSLRs to the kerb!

If you are in the market for a new camera or are getting up to speed on the subject check the video below for a pretty good rundown on what needs to be fixed before MILCs become a no brainer.

Some Tips for Your First Videos

I just came across this infographic on making your first video and although it is aimed towards perhaps the business end of town it still makes some good points.

Given the projection that 75% of all internet traffic in a year will be video it’s a subject that many in the online space should stop avoiding and start embracing… now!

The reason you should do it now is that in the beginning there is a pretty good chance that your first efforts will totally suck!

When you think about it most of our first efforts at just about anything worthwhile usually suck… badly!

But if you get started now, by the time this becomes important you won’t suck at all and in fact you may be pretty good at it.

So if you are engaged in any activity on the internet from a business or personal promotion point of view now is the time to suck so you don’t suck quite so much later!

Tips for Converting Color Stills to Black and White

Quite a common way to add interest to any video project is through the use of still images interspersed with the video footage.

In fact that may be overestimating the situation a little because another reason to use stills is when you have failed to get the footage you needed so a still image can at least compensate for that to some degree.

One particular way to use stills is to use them as black and white which adds interesting contrast to a project which in otherwise a color experience.

Now technically speaking you can add a still and with your editing software just strip the color out of it to make a black and white image but doing this doesn’t always give great results.

The reason for this is that certain still images that were taken originally in color do not really lend themselves to having that color stripped out.

The question is, which ones.

The link below goes to a great tutorial on what qualities you are looking for in a color photo that will determine whether or not that photo will convert to black and white well.

One of the key points at which the amateur “look” of home movies departs from the professional is a relatively unseen one that can dramatically change how you videos are perceived.

That point is in the composition of the shot you are recording.

Now don’t get me wrong here.

A pro project is always going to be shot under conditions that allow the person shooting to control very accurately how each shot is set up and how it progresses.

However an understanding of what makes a shot look good or bad can be applied to any situation.

If you look at the wealth of video footage taken in any of the multitude of so called “reality” shows you can see quite easily that the opportunity to set up shots is extremely limited.

The guys on the cameras not only have to be able to shoot fast and spontaneously but they also know they have to shoot footage that is of a professional standard.

If you look at those guys they are doing the job that you and I are doing all the time whether it is at a kids party, a social gathering or a family event.

So what is it that they are doing that the rest of us are not.

Well the answer to that is in the composition.

Even though they are shooting on the fly they are applying a very strict and constant set of rules to how they are framing each shot and how they are dealing with the situation.

In the Shooting Better Videos section of this site there are some basic tips on how to go about this and what things you are looking for when you start shooting anything at any time.

I cannot stress the importance of knowing these points and more importantly practicing and seeing for yourself the results of following these basic concepts.

Although the entire field of framing and composing shots is something the pro’s study and apply for years, the basics are exactly that, basic.

Once you get to know them and can automatically apply them without thinking you will be well on your way to much better videos all round.

In fact it could even be said that a large part of the reason why the average person spends so much time trying to knock their projects into shape at the editing stage is because at the shooting stage they had already sown the seeds of disaster.